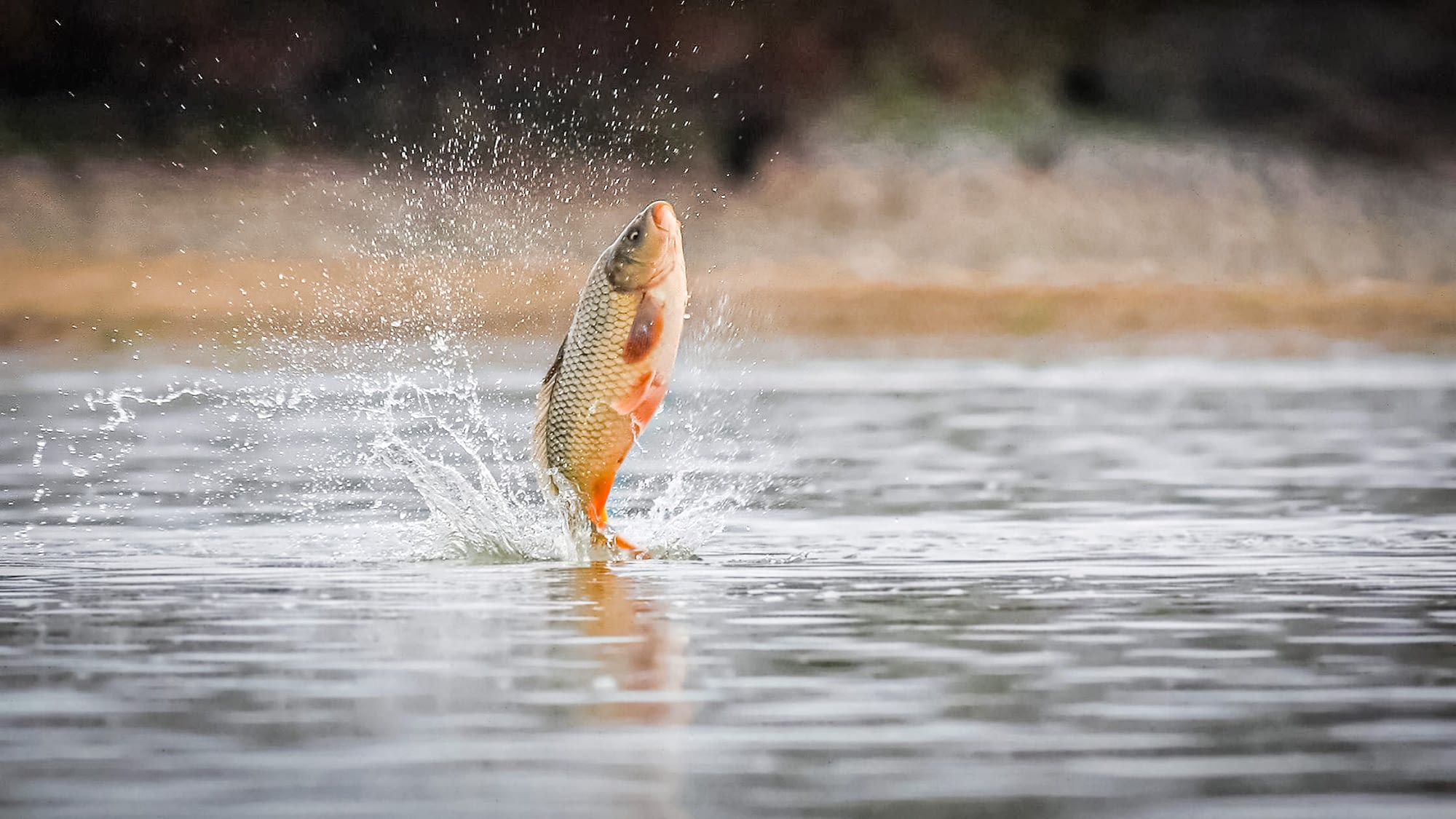 You might have been spending hours by the lake or on the river banks, or you’ve heard about it from someone, and you wonder, why fish jump out of the water? Many species jump for many reasons.

Amongst those “jumpers” are carp. You can often see the seemingly fat and sluggish fish performing jumps above the water.

Yes, many species of carp jump. They may be doing this for various reasons such as feeding, releasing pressure, or just for fun.

The most common species of carp that jump are the bigheaded carp, silver carp and common carp.

What does it mean when carp jump?

You may wonder why carp jumps out of the water and what does it mean to you as an angler.

Different ways carp jump out of the water

There are four different types of carp jumps. They don’t have proper terminology, but there are a few common names you can use to describe them.

Do all carp jump out of the water?

Not all carp jump out of the water. The primarily vegetarian grass carp seems to be content staying in the depths of the water.

The mirror and leather carp are also timider with jumping.

The most well-known carp for jumping is the common carp. It is often seen leaping out of the water or poking its head out in slow-moving rivers and lakes.

But there are also a few species of carp that perform very spectacular high jumps. These are the silver and bigheaded carp, two of the species of Asian Carp.

The silver carp is the most notorious of carp jumpers known to anglers in America.

Why do carp jump into boats?

Silver carp, one of the species of Asian Carp brought to the U.S., got a nickname of “flying carp.”

The reason for it is because this carp jumps almost 10 feet high out of the water. The carp jump when spooked, and they scare pretty easily.

The trigger can be a boat motor, trolling engine, or even a flock of birds landing on the water. When carp leap out of the water, they do it in significant numbers.

It can be pretty dangerous to experience “flying carp.” When jumping out of the water, they can land in the open boat hitting unexpecting passengers.

There were a few reports of injuries after encounters with jumping silver carp.

The jumpy behavior is specific to silver carp in America. In other parts of the world where silver carp was introduced, the fish’s reaction does not appear to be so dramatic.

Unfortunately, nobody can explain what the reason is for such behavior in the American silver carp population.

While there are a few signs of carp behavior and feeding patterns you should pay attention to if you plan on going carp fishing, carp jumping out of the water is the easiest one to spot.

Knowing different types of carp jumps and their reason may be something you need to be more successful on your carp fishing adventure.