Studies show that moose use a broad range of sounds to communicate with each other.

These sounds vary in pitch and duration, with differences between bulls, cows, and calf moose.

We could say that both bull moose and cow moose use the same type of sound.

If we were to spell that sound, it would be EER UGH.

The difference between cow moose and bull moose making this sound is that a cow moose would emphasize the start of that sound, so like EER UGH.

On the other hand, a bull moose would shorten the start of that sound and emphasize the UGH

Bull moose are vocal mostly only during rutting. They are on the lookout for cow moose to breed with this time of year and are very vocal about it. This time of year, it’s most common to hear bull moose grunting and raking bushes.

A bull moose bellow can be heard up to six miles away. This sound rings out through forests containing moose during rutting season.

The roar is the most agressive sound made by a moose.

Bull moose roar during rutting season to ward off other smaller bulls.

When moose are making this sound, they are usually quite agitated and are ready to fight.

The roar can be best described as a deep roaring sound, almost like a furious cow, or sometimes even akin to a lion.

This can be quite an intimidating sound to hear in the woods.

Hunters don’t imitate this call as it’s used as more of a deterrent for a moose. It would also be quite difficult to imitate due to its volume and ferocity.

A moose also roars in response to other things they feel is a threat, such as people, bears, mountain lions, etc.

The croak is a low-frequency call. It comes out like a gulping or grunting noise.

The bulls also only make this sound during the rutting season.

The croak focuses on the UGH part of a moose noise, with a very short EER at the start.

Bull moose use the grunt to try and get the attention of cows to breed with.

This is the sound most hunters imitate to get the attention of another bull moose looking to challenge a rival. The grunt is the easiest moose call to imitate and is an extremely effective call when done properly.

When a bull moose catches a scent he is not sure of he will make short interval grunts. This comes out almost like a hiccup or sometimes like a coughing sound.

They make this sound when they are wary of they scent they just caught, this could be humans, predators, or rival males.

The sound is made in intervals of two to three seconds and can last for several minutes. They are often seen stamping the ground and licking their lips while making this sound.

Another sound a bull moose makes, although not vocally, is antler rattling. He does this by aggressively raking his antlers across the bush.

Bull moose will use this technique to try and deter other bull moose in the area. It’s a bull moose way of flexing.

He’s basically trying to show off the size of the antlers and scare off any smaller moose that may be in the area or hanging around a cow.

This is another easy call to imitate and doesn’t need any vocal work on your part.

You can use either antlers or a scapula from a moose to replicate this sound. The scapula is lighter and provides more volume than the antlers.

Once you have the tool, you will rake it across a bush for a couple of seconds, just as a moose would with his antlers.

This will lead the moose to believe there is another moose in the area. This is an effective tactic if your cow call just isn’t cutting it.

Female moose tend to be more vocal than bull moose. They also have offspring that they communicate with, which is part of the reason they are more vocal.

Moose will make a barking sound when they sense danger. This sound is similar to a deer barking sound and not so different than a large dog barking.

The bark is to alert offspring that there is danger, and they need to react fast.

The wail or moan is a call a cow moose makes when her estrus levels are high and she’s ready to breed.

She uses this call to bring in any bulls that are nearby.

Hunters will often use this call to try and bring in big bulls.

The wail or moan is similar to EER UGH, with a long EER and an abrupt low guttural UGH.

The moan is almost like a short wail. It’s at a slightly lower volume and not quite as high-pitched.

This wail is a long call, and in some instances, this call can last up to six or seven seconds.

While it’s not often you hear a calf moose in the woods, they are still quite vocal from a young age.

They can make this sound repeatedly for several minutes.

Tips for calling a moose

Moose have very poor eyesight, so they rely a lot on scent and hearing. If you can master moose sounds, you will be able to call in a moose easily. 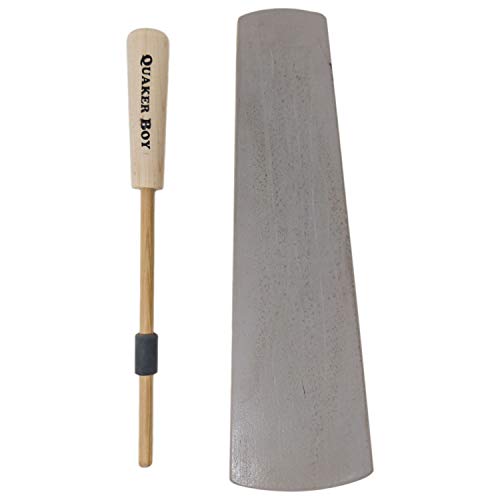 Moose are patient animals. Far too often, hunters will go in, make a couple of calls and leave.

If they had waited a little longer, they could have been packing out a moose.

I recommend waiting up to an hour, moose can hear sounds from far away, and often when they hear a sound, they will listen and circle around before deciding whether to come in or not.

As we established, moose have a vast range of vocal sounds, and they use them readily and interchangeably.

I like to use a cow moan shortly followed by a bull grunt. This gives the impression that a bull is following a female. Very often, a bull will come to a cow call but get hung up just outside range.

Using a bull call can entice a bull to come out ready to ward off other bulls.

Imitating moose sounds is not very difficult. However, if you overcall, you might start showing cracks in the realism of your call.

During rutting season, moose are all worked up and will readily come to any sound imitating another moose. However, a wary moose will hang up just outside range and listen.

It’s at this point most hunters tend to overall can that does more harm than good. They likely deter the moose as he gets a good opportunity to pick apart their call from a close range.

As we mentioned earlier, moose can call quite loudly and can be heard from up to six miles away.

It would be challenging for a human to replicate the volume of a moose call using just their mouth.

To aid us in reaching that volume, we use a calling cone. This can be made with birch bark.

Moose are known to make a wide range of sounds. The sounds we’ve mentioned above are only the most common.

Not always are the sounds only by one sex either; cow moose have also been seen roaring.

Moose are aggressive animals and can quite easily injure a human, so if you are trying to call moose while out in the woods, please do so with extreme caution.

What is a moose sound called

The most common moose sounds are called a bellow made by a bull moose, and a wail made by a cow moose during rutting season.

Why do moose moan

Female moose moan during rutting season to get attention from male moose who are looking to breed.

Moose make a snort similar to deer. They use this snort as a warning to predators or anything that may surprise them. This is a warning for any low form of threat.

What is the best moose call

The best moose call is a birch bark cone; this will amplify the sounds you make and is the most realistic combination.

How far can a moose hear a call