When considering new fishing equipment, specifically fishing reels, it can be quite a daunting task. In this day in age, there are literally hundreds of different brands and models to choose from. So which ones should you go with?

Shimano and Daiwa are two of the industry leaders today. When comparing these two brands, we needed to break this down into two different categories, baitcasting reels, and spinning reels. We took a look at comparable models, in similar price points for each brand and will discuss how they compare.

First, we’ll take a look at baitcasting reels from both companies and compare those. Each brand offers substantial options in casting reels, with just about every price point imaginable touched in one way or another.

For this particular exercise, we’ll look at two of the more popular reels in their lineups. We are going to compare the Shimano Curado K with the Daiwa Tatula 100 model baitcasting reel. These two reels are in the middle of the pack as far as price point, and amongst each of the company’s best-selling reels. 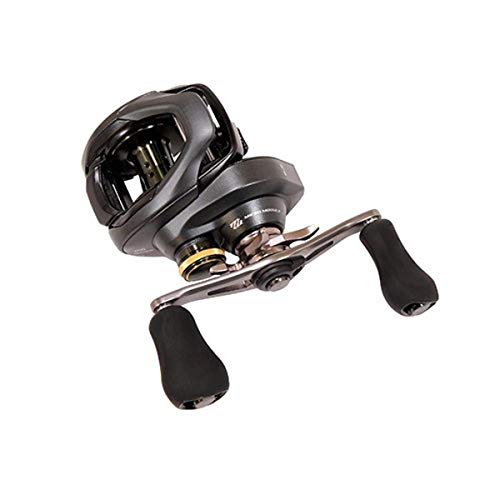 The Shimano Curado K is one of the most popular reels in the fishing industry. This reel derived its name from the world-famous Shimano Bantam Curado of yester-year.

The new spin off of the Bantam Curado, the Curado K, is a highly functional and smooth reel and boasts amazing quality and high-end components at a relatively economic price point.

The Curado K comes in several different gear ratio speeds, including the slow 5.0:1 for specialty slow cranking, the middle speed of 6.2:1 for moderate retrieves, the high speed 7.4:1, and the blazingly fast 8.5:1 gear ratio.

The Curado K is offered in left-handed and right-handed models of all different variations and gear ratios. Each reel is loaded with 6 ball bearings for ultra-smooth reeling capability. These reels also feature Shimano’s patented SVS Infinity braking system for dialing in the reel for different conditions and weights of lures.

All in all, you can’t really go wrong with the Shimano Curado K. It’s a super smooth, feature-packed workhorse that comes in at a great price point of $179.99 MSRP. 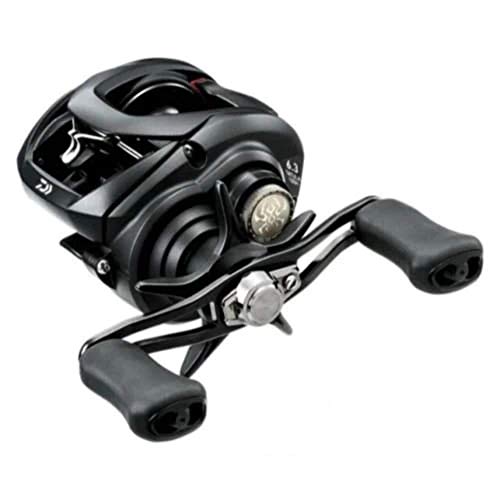 Sporting the same popularity as the Curado K, the Daiwa Tatula 100, is on many of the decks of avid fisherman across the country. This reel is a flat-out performer, and you’d be hard pressed to find a bad review of it on the internet.

The Tatula 100 is Daiwa’s mid-range model and is highly versatile. The reel is offered in three different gear ratio speeds starting at 6.3:1, to your faster 7.1:1, and the XS model which clocks in at 8.1:1.

The Tatula 100 has several really cool features only found on Daiwa baitcasting reels, including the T-Wing line guide at the front of the reel.

This technology cuts down on friction and steep line angles coming out of the reel, allowing the angler to cast more smoothly and with better distance and accuracy. In addition to this, the reel boasts 7 ball bearings for extra smoothing reeling.

The Tatula also features a Zero Adjuster spool tension magnetic dial for easy dialing of your reels braking system. This allows for quick changes to your brakes when conditions change, or you change to a lighter lure. This is a really cool feature than saves anglers time and hassle.

The Daiwa Tatula 100 is really a can’t miss choice when looking at baitcasting gear. The reel checks out at $159.99 MSRP and is a lot of reel for the money.

How do they Compare?

Each reel has both pros and cons, and we don’t think you’ll be upset with either choice. Here’s what we see that sets each brand apart.

The Curado K is a little more spendy coming in at about $20 more. The Curado K however does offer more versatility in gear ratio speeds that all come in both left-handed and right-handed models.

In addition to this, the high speed 7.4:1 and 8.5:1 reels are both considerably faster than anything that Daiwa offers.

The Tatula 100 comes in at a better price point and is more user friendly. The T-Wing technology and the Zero Adjuster make casting and dialing in your reel nearly effortless. Built with 7 ball bearings, the argument could be made that the Tatula 100 is also a smoother reel.

Similar to that of their baitcasting cousins, Daiwa and Shimano offer plenty in the way of options, styles, sizes, and price points when it comes to spinning tackle. Each company offers something for everyone from the pan fisherman, to the walleye guys, all the way to the seasoned bass pro.

For this part of our comparison, we’ll take a look at the new Shimano NASCI spinning and the old tried and true Daiwa Fuego LT. These reels are both located in the $99.99 to $109.99 price range depending on their size, making this an excellent apples to apples comparison. 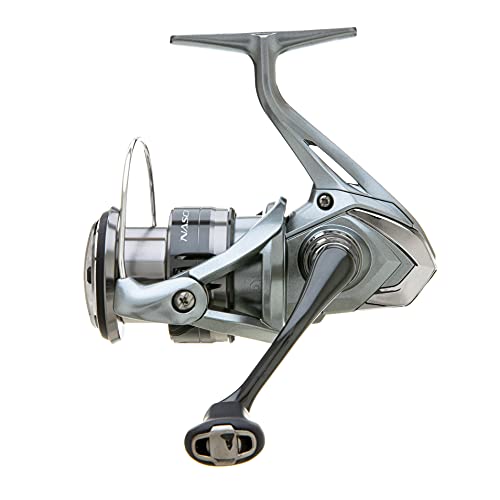 This reel is new to Shimano’s lineup, and it does not disappoint. Each reel is packed Shimano’s patented HGN gearing, which means strong, smooth gears over the duration of the reel’s life. This means the NASCI is a ultra-reliable reel, at an economical price point.

The reel contains an upgraded drag system that allows for smooth drag operation, allowing you make sure when you’ve hooked the fish of a lifetime, it doesn’t break off. It uses X-Ship to create its power, and contains a thick bail wire, so you don’t need to worry about breaking it while either fishing or transporting your reel.

The NASCI comes in four different sizes and two gear ratio speeds. The smallest of the bunch is the NAS1000FB, which is a 5.0:1 gear ratio.

The different sizes are sure to offer something for every kind of fisherman.

The NASCI is packed full of features at a great price point. We think it would be a wonderful choice for any angler, regardless of style or ability. 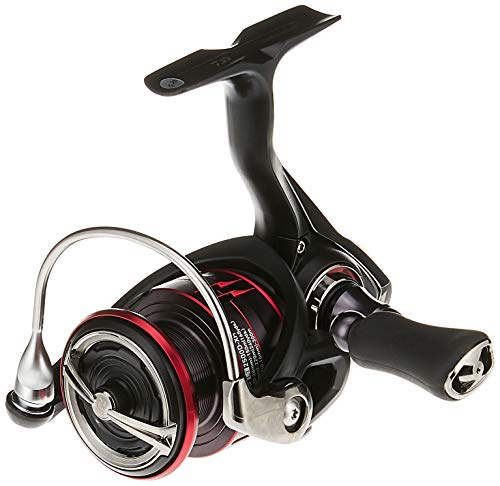 The Daiwa Fuego LY is a reel that’s namesake has been around quite some time and has been changed a bit over the course of its life but has never gotten anything but better. This real truly is the total package. The guts are packaged in Magseal design, keeping water and corrosion out of your reel for a long operating life.

Each reel features a carbon material frame, which makes these reels incredibly light yet very tough. In fact, that’s what the LT in the name stands for (Light and Tough)!

Similar to Shimano’s HGN gearing, Daiwa utilizes what it calls Digigearing which precisely fashions gears to fit together creating a smooth and powerful angling experience.

How do they Compare?

Again, with either model, I don’t think anglers will be disappointed. Here’s what we think set these two reels apart.

The Shimano NASCI is a mule. This reel is designed to get the job done. There is a little left be desired in terms of technological features, but it’s just a reel that’s going to last a lifetime and stand up to the rigors that anglers will throw its way. It’s smooth, powerful, and durable. You can’t ask for much more in a reel in its class.

The Daiwa Fuego LT on the other hand, is loaded. The carbon frame allows each reel to be up to four ounces lighter than its competition. The gearing, drag system, and body are as good or better than that of the Shimano NASCI. Additionally, you can choose two gear ratios in the 2500 size, which is the all-around angler’s most common reel size.

All in all, we have to give the edge to Fuego LT here. Both reels are great reels. However, longevity and technological advances are the main factors at play here. You’re going to get a feature packed reel that is lightweight and has stood the test of time at unbelievable price point.

So, there you have it, a surface level comparison of Shimano vs Daiwa. Both brands offer extremely high-quality products, and we know you wouldn’t be dissatisfied either way. We encourage you to go out to your local sporting goods store and pick each up and get feel for them. That way you can decide for yourself which product will work for you!