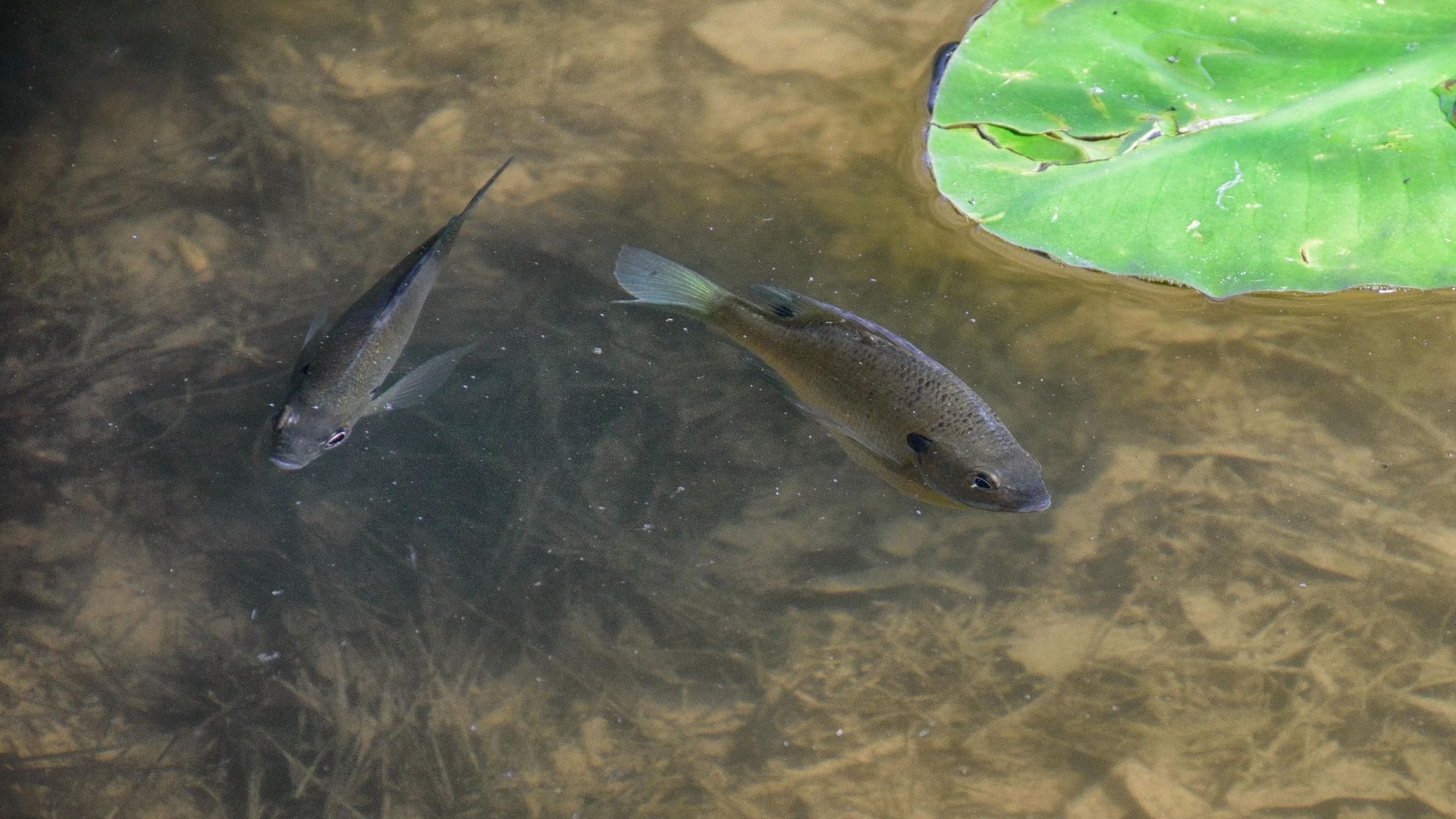 Maybe you’ve got a bet going with someone. Maybe it’s 2 AM and you’re Googling things like “Rarest Lobster in the World” and “Saltwater Bluegill.”

Regardless of what’s prompted the question, let’s take a journey down this rabbit hole of All Things Random and Fascinating.

So, Saltwater Bluegill – Do they exist? If they did, what difference would it make in the way we fish?

Are Bluegills Fresh or Saltwater?

The Bluegills that you fished for and ate with your Uncle Gus were definitely freshwater fish. The last Bluegill you made eye contact with was also freshwater.

I hope this doesn’t cost you your bet, but Bluegills are most definitely freshwater fish.

Can Bluegill Live in Saltwater?

If you caught a Bluegill from a pond or river and then threw it into the ocean, you may as well notify that fish’s next of kin, because it isn’t going to live more than a couple of hours at the longest. The nature of ocean water would draw all the water out of the fish, essentially dehydrating it.

Keep in mind that the salinity of water in the wild occurs in degrees.

Bets and overthinking minds aside, why ask if Bluegill can take to saltwater?

When you’ve got an animal this tough, you naturally start asking questions about what else it can do.

The bare bones of it is this: Only euryhaline fish can survive comfortably in both freshwater and saltwater. It has less to do with the nature of the fish and more to do with the chemical composition of the water.

When molecules move from a less concentrated region to a highly concentrated one through a membrane, you have the almost-magical process of osmosis.

A fish that is made for saltwater life has more salt in its body than the surrounding water. This causes water to flow into and through the fish’s body, keeping it hydrated.

The opposite is true with freshwater fish. The higher concentration of salt around the fish’s body would cause water to be drawn out of it, and this would make the Bluegill die of dehydration.

Can Bluegill be Acclimated to Saltwater?

You could probably get a Bluegill to last a little bit longer by getting it acclimated, but you’d be adding hours and minutes — not months and years — to the animal’s life.

Here’s another enlightening detail: All fish urinate, but not all of them drink water. Since the ocean naturally draws water out of the bodies of saltwater fish, they have to drink water in order to stay hydrated.

Freshwater fish like Bluegill don’t have to drink water in order to stay alive. They only have to urinate to let off excess water. So for a Bluegill to find itself in salty water, it would be in double jeopardy.

The water would draw fluid out of its body and it wouldn’t drink water to compensate. That’s aside from the fact that the fish’s kidneys would be working overtime to filter out the salinity of the water.

No matter how badly you want to win that bet, putting Bluegills in saltwater is both fruitless and cruel.

Will I Ever Encounter Bluegill in Saltwater?

There are points in the wild where saltwater and freshwater environments meet up call estuaries. They are where rivers meet up with oceans.

Some fishermen have encountered Bluegill in these estuaries naturally, and have caught them using shrimp as bait.

But nobody has caught a Bluegill out in the middle of seawater. If they did, they brought the Bluegill out there themselves to keep from losing a bet.

If you’ve been combing the Atlantic for some good Bluegill and keep coming up empty-handed, here’s some solid guidance.

This time of year is the time for spawning for Bluegill. You’ll be able to catch Bluegill not so much because they’re hungry for the bait, but also because they’re guarding their nests.

Their nests look like elephant tracks in shallow water, and it’s here that the males are standing guard against intruders.

Your bait will be perceived as a threat and male Bluegill will take it aggressively.

Once Bluegill are done with spawning, they will move into deeper waters as Summer goes on. You’ll be able to find them along the edges of beds of weeds, near and around brush piles, and flooded timber. This is especially so in the presence of deeper water being nearby.

They like to hang out in the region of the water where temperature changes sharply and below which oxygen levels are lower. Which means you’ll be looking for them in water that is ten feet deep or more. Morning and evening times are the best to do your fishing when they’re the most active.

With the plummeting temperatures, Bluegill will be seeking out greater depths in order to keep from freezing. You’ll be looking for them in water 12 to 20 feet deep. Their metabolism is slowing down, so they aren’t feeding as much or as often.

This will also call for a great deal of patience. Small bait and slow, careful presentation is key here. Use a line and tackle that will let you feel the bite, because their bites are very light in the Winter.

Finding a Good Body of Water

Freshwater lakes and ponds will give you more Bluegill action than you’ll ever need. These are great if you’re not worried about size.

But fishing is a sustainable sport these days, so don’t look past the option of fishing in a farm pond. Some of the real lunkers are caught in farm ponds. Ask around your local fishing community to find out where the good spots are. And of course, always ask permission before fishing in a private pond.

If it’s been a lifelong ambition of yours to catch a saltwater Bluegill, you’re going to be fishing for a very long time. Bluegill can get acclimated to very small concentrations of salinity in water, but it will never be a sustainable mode of life for them.

If you go fishing where freshwater rivers meet up with salty bodies of water, then you’ll have a shot of catching a Bluegill in or near salty/brackish water.

And freshwater sources will always provide plenty of chances to catch Bluegill. It’s no great effort to add salt to your Bluegill fillet at dinner.