Whitetail deer are the most hunted big game animal in North America. Getting to know these animals in depth will put you ahead of the competition. One way to do this is by recognizing deer sounds.

Whitetail use a range of sounds to communicate with each other. They do this for mating, danger, or for company. If you learn to recognize these sounds while out in the woods, it will surely increase your hunting game.

The most common sound you will hear in the woods from a deer is grunting. Whitetail deer grunt for a variety of reasons. Both bucks and does use grunts for communication. The more commonly recognized grunts are a tending grunt, Doe grunt, and rutting grunts.

Bucks use this to announce their presence to other deer. It’s also known as a contact grunt.

The maternal grunt, also known as a doe grunt, is used to locate her family. It’s a does way of telling its fawn to come over. It’s a soft call so as not to be aggressive.

A buck grunt is the same as a doe grunt but in a deeper tone. As the buck gets older, the tone will get deeper.

Tending grunts are the sounds that get every whitetail hunter excited. Bucks use these grunts while trailing does. They use this grunt to ask the doe to stop so they can breed.

Once the doe stops running but is still not ready to let the buck breed, the buck will make what’s known as a rage grunt. He makes this sound out of frustration.

When a doe is ready to mate or getting close to mating, she will generally make what is known as an estrus bleat. This is a loud, long bleat.

The buck bawl is essentially a series of buck bleats. Bucks will usually make this sound when they are feeling lonely and would like some company.

You can usually hear this deer sound during rut and pre-rut. Bucks will use this sound to intimidate other deer and try to get them to leave the area.

The wheeze is another sound associated with the rut. Similar to a snort, this sound is also used to scare off other contending bucks.

This is a play fight that bucks partake in soon after shedding their velvet. It’s an opportunity for bucks to assert dominance and see who’s the better scrapper. However, the jury is still out on whether or not this prevents serious fights in the future.

Now that we know these calls, we not only know what’s going on around us in the woods, but we can also using them to our advantage. By learning to mimic these calls a hunter can have great success bringing a buck in to gun or even bow range. Below is a few of our favorite calls: 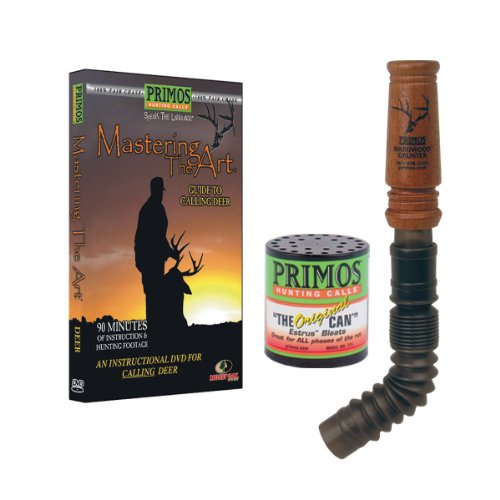 A top call by a top company. Primos have been leading the call game for a while now, and it’s calls like this Grunter that keep them at the top.

This call features a mixture of both a hardwood barrel and a flexible grunt tube. Capable to produce different grunts and bleats with the use of the adjustable reed assembly. 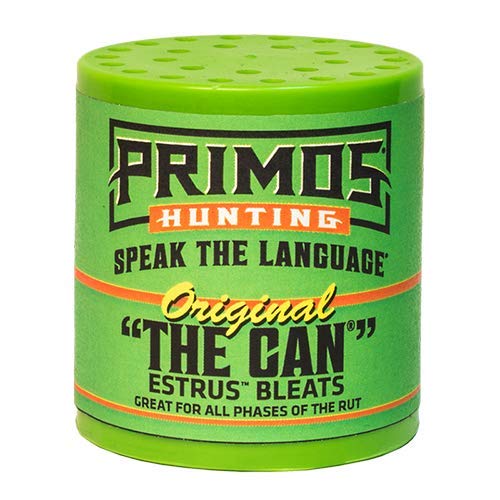 Primos The Original Can
Buy on Amazon

If you only ever use one estrus bleat call, let it be this one. Calling doesn’t get any simpler than using this calling can. Simply cover the hole on the bottom of the can with your thumb and tilt the can, it’s that easy. Not only is it simple to use, but it also comes with the known Primos quality. 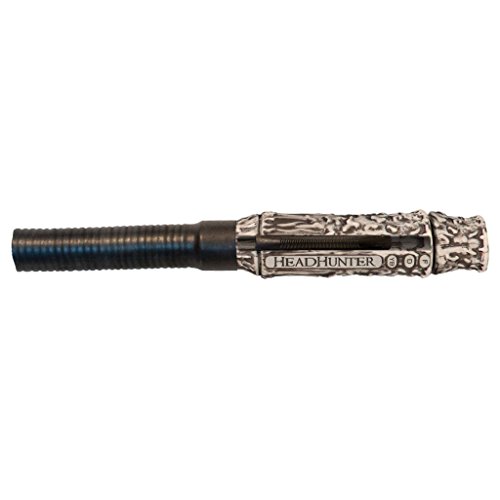 This call by Flextone is a little more than a one trick pony. If you need to make use of various calls but don’t fancy lugging around multiple callers then you need this one.

This Flextone is capable of most types of calls you need to get a big buck within range. From fawn bawls to social grunts, to snorts, wheezes, and doe bleats, the Headhunter Extractor call does them all.

It takes a little practice to use this call, but the sliding system quickly helps you find your style and favorite call. 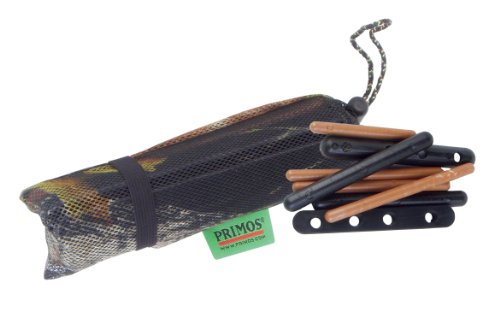 No deer call list would be complete without rattling calls. Yet another one from Primos, this rattling bag is simple to use and easy to carry around. There are other types of rattles on the market, even more from Primos, but I find this bag to be the most convenient.

We hope this article serves you well and helps you succeed in getting that big buck. There’s nothing more thrilling than calling a big buck within range. By learning to recognize deer sounds your giving yourself a huge advantage in the woods. Putting them sounds to good use by using some of the calls we mentioned increase that advantage ten fold and is a remarkable experience.