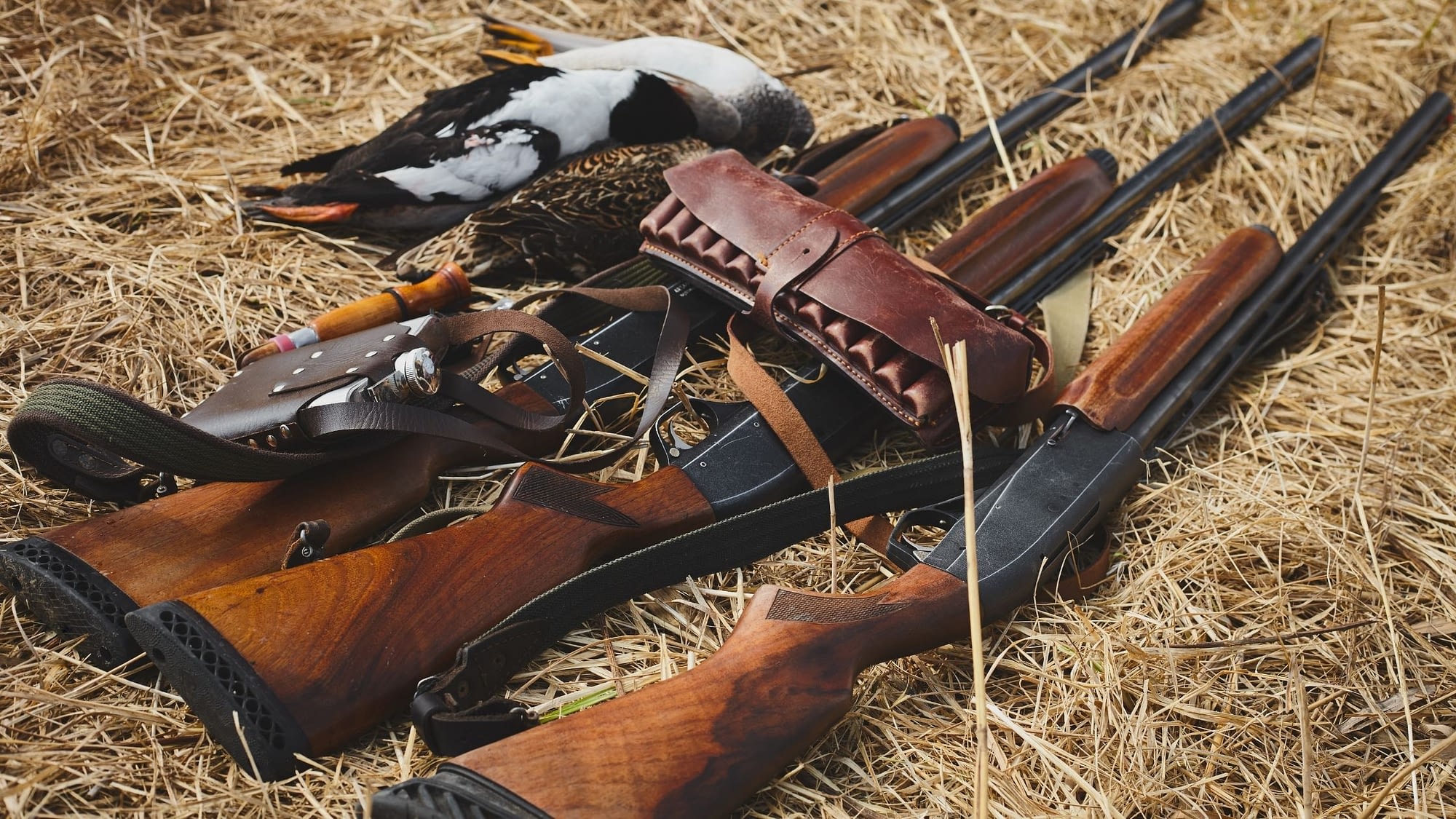 It’s a question of preference for upland bird and waterfowl hunters. Not exactly an “age-old” question since the pump shotgun is just 124 years old, and its rival, the semi-automatic is just seven years younger.

Are Pump Shotguns Good For Hunting?

I’ll admit to being a little biased, I prefer the action, balance, heft, and overall performance of pump-action shotguns over the semi-auto.

My shotgun of choice is the Remington 870. I have an older model, purchased in 1980, without the ventilated rib, but it has done the job well in every setting I’ve taken it into.

They’re fast, that’s the appeal of a pump-action shotgun.

When they first appeared on the market, detractors claimed they weren’t as accurate as side-by-side, over-and-under, and single-shot models since hunters were more likely to just “throw lead” at a target, rather than aim.

It’s the same argument you hear today from those that don’t care for semi-automatic shotguns.

As an eight-year-old, I went into the Arkansas woods for the first time with my dad and grandpa on a quail hunt.

My dad had a 20-gauge Remington 870 he’d purchased while in the US Navy back in the early 1950s. Grandpa hunted with a single shot, Harrington and Richardson 20-gauge. He told me he’d purchased it second-hand in 1922.

He had a method of holding two shells between the fingers on his left hand when he hunted. With one shell in the chamber, he’d pull the hammer back, fire, then break open the gun and reload so quickly, you thought he was firing a pump-action shotgun.

Dad just aimed, fired, pumped in another round, and almost always hit the target on his first shot. It was my first lesson in the accuracy of a pump action shotgun in bird hunting.

It made quite an impression on me when he hit a quail in flight, almost directly over him, pulled off his cap, and caught the bird in it as it spiraled to the ground.

Pumps are easy to disassemble, clean, and repair. Their ability to easily remove and reattach the barrel with just a single, hand-turned lock nut makes transportation in a small footprint storage case a breeze.

Pumps are the most popular shotgun in America. They’re used out west for birds from doves to wild turkeys. Back east you’ll find them loaded with slugs and buckshot during deer season.

Pumps can handle a variety of different sized shells without an issue. A modern Mossberg or Remington is designed to fire 2 ¾” shells, as well as the huge 3 ½” shells that are popular with goose hunters.

The action, light weight, ease of assembly, and ability to fire a variety of ammunition are the cardinal points for pump enthusiasts.

The only drawback to a pump shotgun is the rate of fire when compared to a semi-automatic.

No matter how fast you pump the slide, a pump-action shotgun just isn’t as fast as a semi-automatic.

Early semi-autos were prone to jamming, requiring a hunter to pry out the jammed shell with a pocket knife. That problem was solved decades ago.

If you use a Remington 1100, or the more popular Beretta or Benelli semi-auto shotguns you’ll immediately notice the rate of fire difference between them and the smoothest pump-action gun.

The catch is that you have to be very selective in the type of ammunition you use with a semi-auto.

They will work with the same range of ammunition as a pump in many situations, but they are finicky at times, and won’t cycle the entire way to reload another shell if you’re mixing shell sizes or shooting subpar ammunition.

Pump vs Semi-Auto For Duck Hunting

Since you’re limited to only three shells in the gun for waterfowl hunting, the question arises, “Just how important is the rate of fire?”

If you’re hunting ducks, you get one in the chamber, and two in the magazine to hunt legally.

The steel shot requirement in place for waterfowl has led to an increase in shell length, and shot size to compensate for the lower range steel shot has versus traditional lead shot.

Many waterfowl hunters arrange their pump action shells with two-shot steel in the chamber, and in the next position in the magazine, with a final single BB shell.

The idea is that the first two, smaller pellet shells will spread out a wider pattern to hit flying waterfowl. The final larger, BB shot, is used for distance shots as the birds fly away.

You won’t need that change in shell configuration with a semi-automatic shotgun. The rate of fire is quick enough that the two-shot shells should work on all three shots since the birds will not be able to cover much space in the fraction of a second it takes to pull the trigger three times.

In practical application, firing a semi-auto rapidly makes it difficult to track a target, especially a flight of Green Wing Teal flying evasively at 65 miles per hour.

With each successive shot fired the tendency is for the barrel to rise after each trigger pull. Fully automatic weapons climb when they’re fired in bursts, semi-automatic shotguns do the same thing when you’re firing three shots as fast as you can pull the trigger.

Pump action shotguns are much easier to keep on target as ducks come in over decoys, or flush ahead of you while jump shooting. The motion of the slide action with your off hand keeps your eye down the barrel on target as you pump it.

You can throw a lot more lead with a semi-automatic, but without more practice than is necessary with a pump, you’re not as likely to hit anything.

Which is Better, Pump or Semi-Auto?

The semi-automatic has an advantage when shooting with a full magazine.

A fully loaded semi-automatic shotgun can hold between six and 11 shells, depending on the model and the size of shells it’s loaded with.

The problem with tube magazines, filled with 12-gauge shells is that it changes the balance of the shotgun.

With just two shells in the magazine and one in the chamber, the weight is distributed evenly, near the balance point of the gun, just in front of the trigger.

You can adjust for balance when using a semi-automatic easier than with a pump.

The action of pumping the slide back-and-forth with a fully loaded shotgun takes off your aim. It doesn’t affect a semi-automatic any further than it does when loaded with just three shells.

Semi-automatics hold their own in clay shooting, or other target applications with experienced shooters.

The weekend hunter, occasional shooter, or novice will experience greater success with a pump.

The best shotgun for most hunters remains the century-old pump. The pump remains the king over decoys on open water, from blinds along cornfields and just jump shooting ducks on small streams.

A good rate of fire, ability to stay on target while pumping in a new shell, and reliability keep it at the top of the market.