Mounting a set of antlers without a skull plate attached doesn’t have to be that difficult. Most of the time a set of mounted antlers hanging on the wall is a physical memory of a great hunt.

A full shoulder mount is an expensive proposition. Taxidermists do a great service but often charge a hefty fee in the process of recording this memory. Sometimes you can still preserve that day by mounting antlers on your own less expensively without the skull attached.

What Type of Antlers are You Mounting?

Antlers come in two varieties, they are either drops as bucks and bulls shed their old antlers, or they arrive with the skull intact and the antlers still firmly attached.

Skull, or more commonly called, “European Mounts” have grown in popularity, but they require skinning, boiling, and painstakingly remove all the flesh from the skull surface, the nasal cavity, and removing the brain, otherwise they’ll be a decaying odor attached to your price mount.

What are the Benefits of Mounting Antlers Without the Skull?

The obvious one is you can mount sheds. You don’t have to hunt, harvest and then process a deer skull. You just find a matching pair of dropped antlers and go to work mounting them.

Mounting without the skull attached is easier to do, offers more variety in how you mount, then display the antlers, and costs a lot less than taking them to a taxidermist.

You don’t have to boil the skull, there’s no picking away at dead flesh, and the process is a quick, clean one if done correctly.

How do You Prepare a set of Antlers for Mounting?

We’ll take a look at the two different processes in prepping antlers for mounting, first with shed antlers, and then with antlers still attached to an intact skull.

“Horn hunting” as we call the process of hiking through the foothills, plains, and mountains of Wyoming and other western states is a popular pastime in the early spring. About the time the snow comes off the higher slopes, the deer, elk, and moose begin to lose their antlers.

It’s common at this time of the year to see big bulls or bucks walking around with just a single antler. The market is high for good-quality antlers, and many horn hunters have trained dogs to retrieve antlers as they walk along.

There is a strong Asian market for recently dropped antlers. Some areas have dozens of shed antlers in an acre. Finding matching antlers can be a challenge.

To look natural, the antlers must match. A 3×4 set mounted with a 4×5 set on the other side looks unbalanced and you won’t enjoy the mounted set.

There are many atypical antlers that can be very attractive. Antlers with dozens of odd-shaped points, going in every direction make a great conversation piece.

Once you’ve found a matching set of antlers, brush any dirt or debris off them, then wash them thoroughly with warm, not hot, water with just a small squirt of Dawn dish soap in the water.

Allow them to dry completely. That’s the magic part, you’ve prepped the sheds and they’re ready to mount. 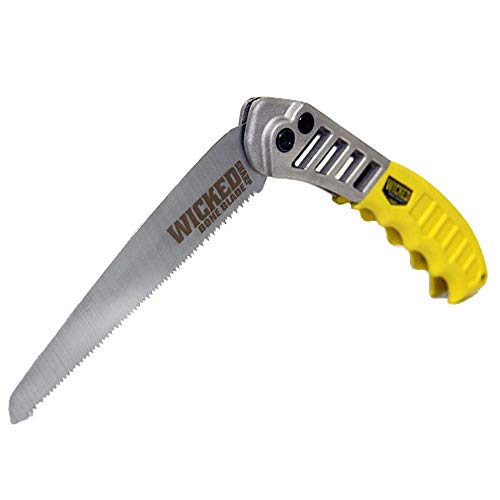 A lot of people consider it a waste to remove antlers for mounting from a skull. The skull has the best anchor points you’re ever going to find for antlers, and they’re already at the correct angle and distance to appear natural because they are.

But, if you decide to remove the antlers from the skull, and mount them independently you’re going to need a saw. A standard crosscut handsaw works best.

There are two ways to attach an antler to a mount, one is with dowels and the other is with screws, either method works, though the dowel and glue method is much more elegant.

Both methods require drilling a hole in the base of the antler at an angle through the button up into the main beam of the antler.

This is the most crucial step of the entire process, drill the hole at a wrong angle, or go too deep and penetrate the surface of the antler and you’ve ruined the mount. You won’t be able to fix it if you damage it with a drill. 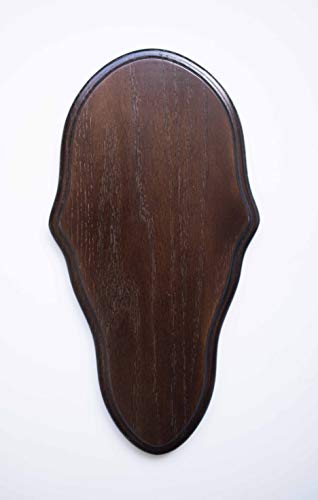 Drilling and mounting sheds or prepared skull attached antlers can produce an amazing display if done correctly, you can even get creative in how you display these antlers with this method.

I walked into a taxidermist shop in Jackson Hole, Wyoming one summer and was amazed at the size of the rack on a shoulder-mounted mule deer the owner had on display.

The rack was the biggest, heaviest set of antlers I’d ever seen on a mule deer buck.

My friend and I made a close inspection after something didn’t seem quite right. It wasn’t right, the taxidermist had taken a small set of 4×4 shed elk antlers and mounted them on a mule deer head and cape.

It fooled the tourists. As we made comments about how those were elk antlers on that buck he motioned us to come over and asked us not to let out his little secret to the tourists. He said he sold dozens of those faux mounts each summer.

We didn’t want to hurt his business, but it was a testament to the creativity you have with this style of mounting antlers.