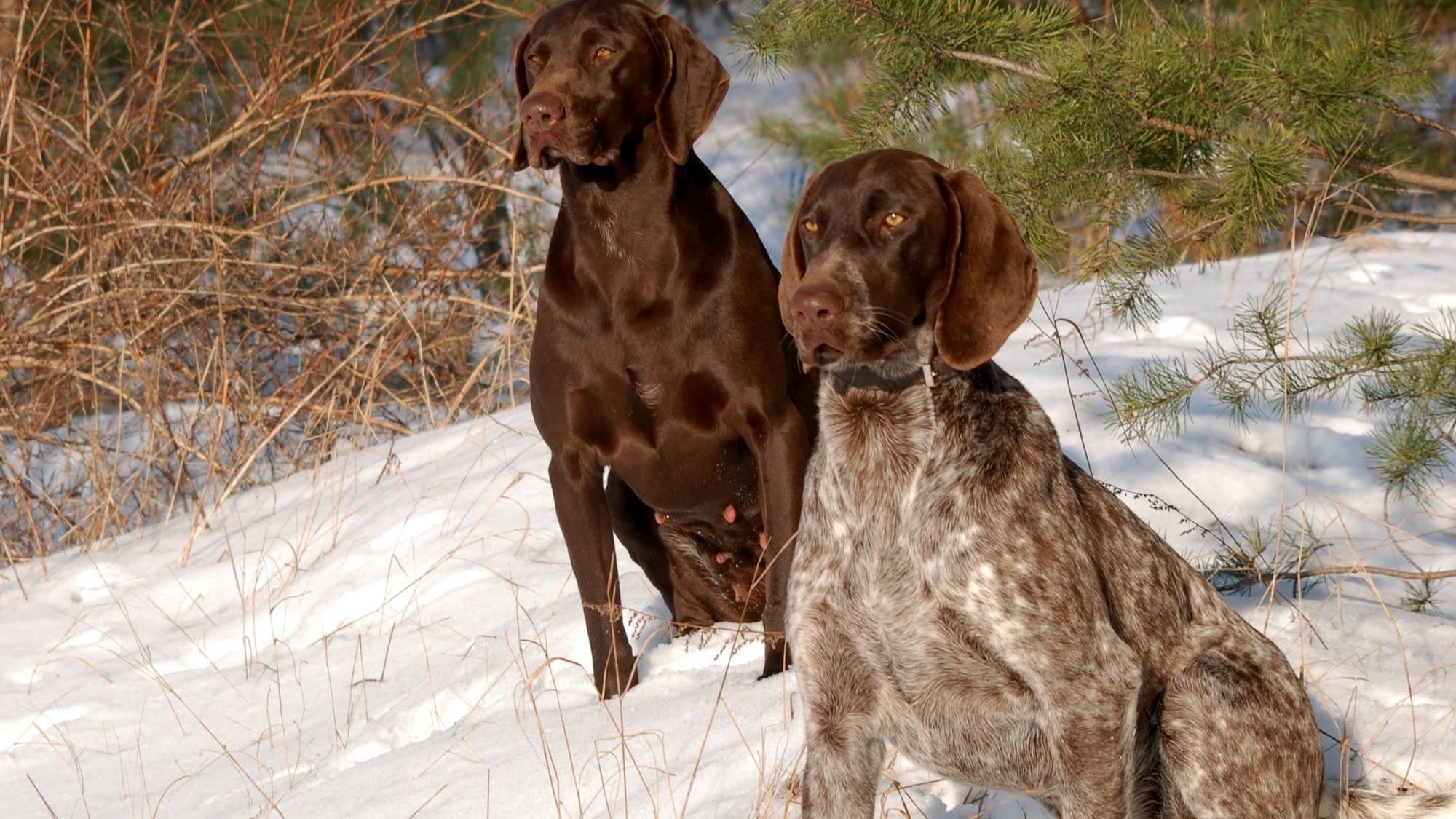 What breed should you get? What about bloodlines? Male vs Female-which is better for hunting?

We know how you feel; we’ve been there. I’ve owned no less than ten hunting dogs during my hunting career, both males and females.

Let’s start this comparison of male vs female by first saying no sex is inherently better than the other at hunting.

You may find some traits of one sex more or less to your liking. Let’s look through the differences and help you choose the sex of your next hunting dog.

A few things are different between male and female dogs. None of these differences directly impact the hunting ability of the dog, but you may find some suit you better or worse.

Males mark territory. I never found this to be an issue, nor do I know any hunter who has. But nonetheless, we feel we should mention it. Once my male dogs are in the hunting zone marking territory never really crosses their mind much.

However, if you are hunting with other dogs, then it may become a pissing contest. So, for this reason, we mention it.

Males are boisterous. Now don’t get me wrong here, females can be just as boisterous, but I’ve found over the years that males tend to be a little rowdier than females.

Again I would like to mention that a well-trained hunting dog will focus on hunting. They usually keep playtime outside of working hours, and you may find that they like to act aloof at home more so than a female.

Males get distracted by females in heat. This, I find to be one of the problems that does find its way onto the hunting field. And gundog etiquette would have you leave a female in heat at home if there will be other hunters with male hunting dogs.

However, if someone happens to bring a female in heat to a hunt, you may find your male hunting dog no longer has a desire to hunt and more interested in chasing tail (pun intended).

Males are bigger. Whether this matters to you or not, I don’t know, but it’s worth mentioning.

I have never found the size to be an issue with any of my hunting dogs. Big male dogs can beat bush just as well as small female dogs. My female Chessie has no issues bringing back the biggest of geese. So in my opinion, I would say size is a null point in terms of hunting ability.

Females come in heat. As mentioned above, this is one issue that can affect hunting. With that being said, if you are hunting alone, there is no problem.

If you do decide to hunt with a dog in heat, make sure it’s in an area not frequented by other hunters, or your female may attract some unwanted attention from other dogs.

Also a female in heat is ineligible to trial.

Females are smaller. As mentioned above, this is not an issue for hunting. It may be an issue around the family if you are looking for a smaller size dog around children and have your heart set on a certain hunting dog breed. Then a female may be a better option.

I currently have two female hunting dogs, a German Shorthaired Pointer, and a Chesapeake Bay Retriever.

My GSP is one of the best pointers I’ve ever hunted over; her sex does not limit her in any way. She has an excellent nose, and that isn’t better or worse by the sex of the dog.

My Chessie can handle anything a male Chessie can. Again her desire to retrieve comes with the bloodline and not by what sex the dog is.

Is it Easier to Train a Male or Female Dog For Hunting?

This is one area where you may find the sex of the dog plays a part. Female dogs are generally easier to train than males because they mature quicker.

As we mentioned above, male dogs tend to be more boisterous, and this can slow down their training as it takes longer for them to pay attention.

However, once the male dogs mature, they are just as easy to train as a female. So, it’s more of a waiting game with male dogs.

Should You Neuter Your Hunting Dog?

Whether you should neuter your hunting dog or not depends on what you plan on doing.

If you plan on showing your dog, then neutering or spaying is not an option, as these dogs are ineligible.

If you have a female with excellent bloodlines, you might consider breeding her in the future, so I would hold off on spaying until you are sure whether or not you want to breed her.

The benefits of spaying a dog are that you don’t have to worry about heat cycles, and you can hunt around other dogs at any time.

Having your male hunting dog neutered may calm them down a bit. However, I’ve seen many neutered males who are just as hyper as they were entire.

Neutering a hunting dog does not make them any better or worse for hunting. The only benefit it brings to hunting is being able to bring your female hunting dog out without the concern of it being in heat.

Male or female does not matter for a hunting dog. In the field, they both stand even.

Choose the sex of your next dog by looking at other differences between breeds. For example, if you hunt with other dogs, you would have to leave a female in heat at home, so maybe a male is better.

Maybe you want a high-energy dog to match your personality; a male dog might be what you’re looking for.

Maybe you want a female because you might want to breed her in the future.