Jetboil is fast becoming a camping must-have for those looking to be able to cook a stovetop meal while enjoying an outdoor adventure. However, sometimes getting fuel for these impressive stoves can be a little bit difficult as well as expensive.

It’s a good thing that Jetboil is not only versatile in use, but also in fuel. Read on and check out some of the alternative fuels you can use with Jetboil.

What Type of Canisters Are Compatible with Jetboil Stoves?

If you happen to live in an area where Jetboil fuel, otherwise known as “Jetpower”, canisters aren’t that easy to come by, don’t fret. There are many different canisters that are compatible for use with Jetboil stoves.

All you have to do is ensure that they fit the following characteristics that are required of a Jetboil stove fuel canister.

First things first, you need to make sure that the fuel canister is structurally compatible with a Jetboil stove. This means securing a fuel canister with the right type of nozzle that is able to connect to the Jetboil.

All Jetboil stoves require fuel canisters with a specific nozzle – specifically, an EN417 nozzle or a Lindal valve in order to fit. This is a commonly encountered valve for fuel canisters and should not be too difficult to find.

Aside from Jetpower fuel, many popular fuel canister brands such as Coleman, MSR, and GasOne along with many others utilize this type of valve.

Jetpower is formulated with a specific formula of 80% isobutane and 20% propane. Ideally, you would want to look at fuel types along the same formulation however, that doesn’t mean you can’t utilize other fuel types.

Isobutane is an energy-packed liquefied petroleum gas (LPG) fuel additive that is colorless as well as odorless. It is considered a great additive since it is able to produce more energy thus reducing the amount of fuel necessary for cooking.

In addition to that, it is also much lighter than most fuels making it much easy to pack and carry around during trips that last for great distances.

Propane, on the other hand, is a low-cost efficient LPG that is used for cooking or heating water. It has a low impact on the environment and thus creates an extremely clean burn making it very environmentally friendly.

The combination of the two creates for a terrific fuel that is not only easy to carry around and energy-packed but also environmentally friendly and functional even in a wider variety of climates.

These fuel types can get quite pricey, though, so prepare to spend a little bit more on these types of fuels. However, the benefits they offer surely outweigh the cost.

Butane is also a popular compact fuel used for cooking outdoors. In addition to that, they are also considered much easier on the wallet as opposed to isobutane making it a great option for those who are working under a budget.

Like isobutane, it is also extremely lightweight and easy to carry around from place to place. There is also the added bonus of being able to find it almost anywhere due to the high market demand for butane fuel canisters.

Keep in mind though that it is not as efficient as isobutane as it does have a higher boiling point making it quite difficult to use in colder climates. It does, however, do a terrific job in warm climates thus making it great for beach or summer campings.

However, this issue is resolved with its combination to propane, a more than capable gas that is very effective even in colder climates.

What Other Brands of Fuel are Compatible with Jetboil?

While Jetpower is the fuel of choice for use with your Jetboil, it can sometimes be hard to get due to limited supply and higher prices.

The good news is there are plenty of store-bought fuel canisters that you can use as a substitute for Jetboil fuel.

Coleman Butane Propane Fuel is a crowd favorite for use with the Jetboil stovetop due to its cheaper price and efficient performance.

This fuel canister is composed of a 60% butane and 40% propane mixture and is considered a terrific substitute for Jetboil Jetpower fuel.

It is readily available and found in most local stores due to the Coleman brand’s popularity as well as the increased use of butane as a fuel source.

In addition to that, this fuel is formulated in a way that you consume less gas when using it allowing you a little bit more longevity of use per canister.

Plus, unlike other butane fuel canisters, you won’t have trouble using it in colder climates as this formulation produces more energy allowing you to heat up fast while on the go.

While it may not be the cheapest alternative available in the market, it is still a bit more wallet-friendly as compared to Jetpower.

You can get them in a bunch of different sizes but commonly available store sizes are 7.75 oz to 15.5oz. 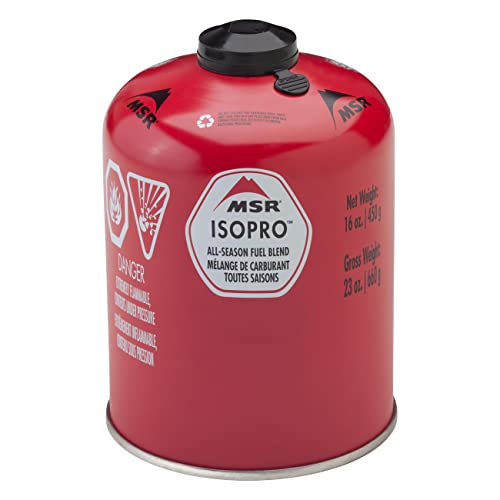 MSR is yet another popular Jetboil Fuel Alternative. It is a colorless gas usually composed of an 80% isobutane and 20% propane formulation that is designed to provide one of the cleanest burns.

This type of mixture is considered one of the more premium mixtures of fuels that are available in the market due to the use of isobutane.

The use of this type form of butane as fuel also boosts its ability to last longer and get to higher temperatures in the harsh cold weather. 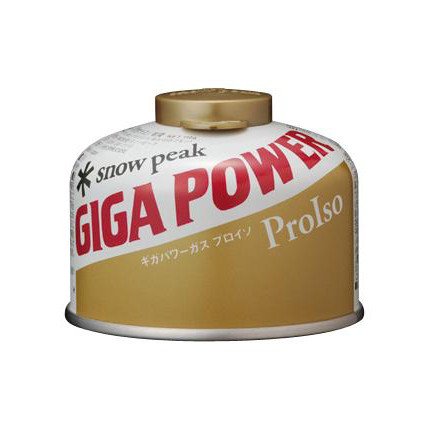 Snowpeak rests among the premium mixtures and utilizes a combination of 85% isobutane and 15% propane to get your stovetop working.

As of writing, this fuel alternative is arguably the cheapest option for an alternative Jetboil fuel in the market selling for almost half the price that Jetpower does.

It is advertised as a great option for all outdoor activities in all four seasons as it is able to adapt to and function in warm and cold weather. This provides users with a steady, stable burn even when the fuel levels are low.

To top it all off, it’s incredibly compact, light, and easy to carry around making it perfect for those long adventure getaways. 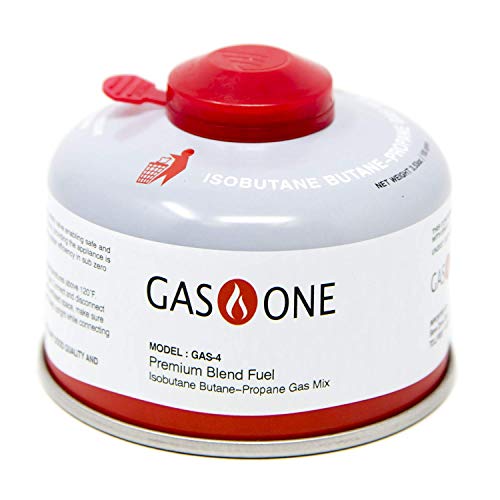 Last but certainly not least is GasOne. GasOne Premium Blend fuels are terrific substitutes for Jetboil fuels due its universal fit as well as convenient and compact design.

This fuel alternative, much like many others on this list, utilizes a combined formula of isobutane and propane to get its fire burning ensuring you high quality and consistent burns as you cook.

Like Snowpeak, it is a great option for all season due to its propane levels that allow for higher vapor pressure thus enabling it to perform well and light up despite various weather conditions.

This lightweight fuel option also comes in a variety of sizes such as 4 ounce, 8 ounce, or 12 ounce canisters.

Is it Safe to Use Alternative Fuels with Jetboil?

Many Jetboil users have tried and tested using different brands of fuels with their cooking system and have found little to no problem with it.

Now, it can be a little scary to use fuels other than the recommended Jetpower fuel for Jetboil. In fact, Jetboil warns users who are considering the use of alternative fuels to be wary of potential flareups that could occur especially if the canister is new.

To ensure safety when using alternative fuel canisters, make sure that the canister fits snug into the adapter to avoid any gas leaking out and causing a potential fire hazard.

To avoid conflict as well as build-up of unwanted deposits, it would be best that you chose a fuel alternative that closely resembles Jetpower’s existing formula.

On top this, it is always a great idea to regularly clean and maintain your Jetboil in order to make sure that it performs as expected as well as to prevent any type of hazard from forming thus avoiding any accidents with continued use.

And, of course, the safest option would still be to use the fuel made specifically for Jetboil — Jetpower as it is the only true tried and tested fuel ensured to work best with your compact cooking system.

Jetboil compact cooking systems truly allow for versatility whether it is where you use it or how you use it – this is especially true with the type of fuel you use with it. Just look for fuel with an EN417 nozzle, connect it, and you’re good to go.

Regardless of which fuel type or brand you end up going with, at the end of the day you can rest assured that your Jetboil stove will still have you cooking up a storm wherever your adventures may bring you.