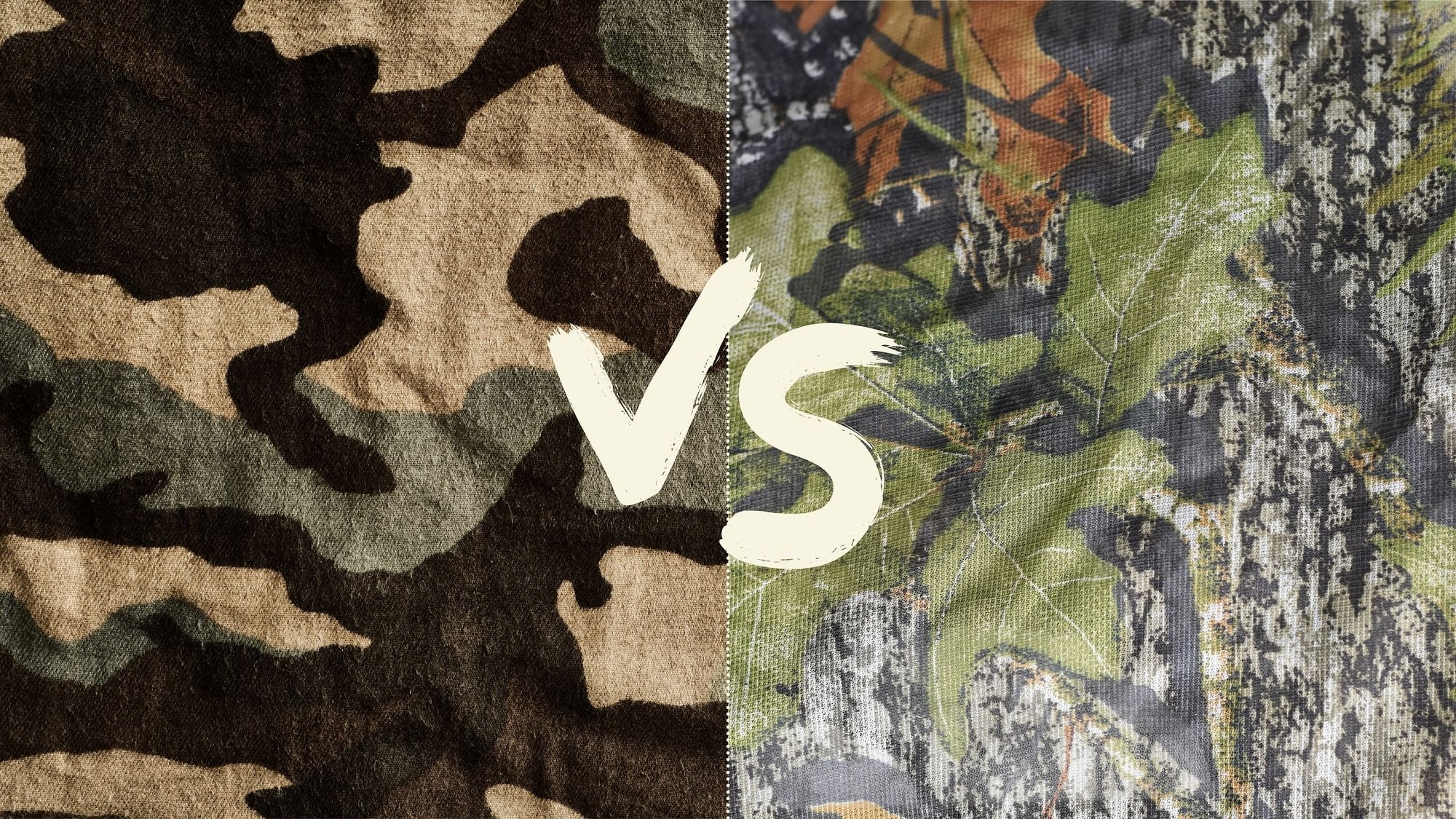 You see it everywhere, making it a paradox to its original intent. Camouflage clothing is all the rage. Swimwear, casual wear, and designs for women, children, and of course men are filled with camo or semi-camo patterns.

The original use for camouflage clothing was in the title itself, camouflage. It was first widely introduced for use in the trenches of World War I. Before the French, English, and German armies began using clothing specifically color to match the surrounding countryside, soldiers were often equipped in a gaudy red, green or blue uniforms.

During the Boer War of the late 19th century, English Rangers began using modified clothing that blended into the surrounding terrain, but it wouldn’t catch on widely for another three decades.

The colorful uniforms marked the identity of each unit so “friendly” fire couldn’t mistakenly be called down on your own troops. The butternut grey of the Confederacy was the closest thing to a uniform that blended into the surrounding countryside and gave the south a stealth advantage at times during the American Civil War.

There are two styles of camouflage, each with distinctive purposes.

Military camouflage has two purposes, the first is offensive, the ability to hide from an enemy as you advance on his position. The second is defensive, not exactly the opposite of the offensive purpose, but different in that you are attempting to hide your position from an advancing enemy.

You might still attack them first, or you might just hide, hoping a superior force can pass by you with your position unnoticed.

Hunting camouflage has only one purpose, to conceal you from the game you are pursuing.

Is Military Camo Good for Hunting?

Any camouflage clothing is better than no camouflage. Military camouflage has a specific purpose in either concealing a stationary position or disguising movement as you change positions against a set background.

The stationary position style is effective as hunting clothing, but not as good as gear specifically designed for the outdoorsman, and the environment they may be hunting in.

The older style camo clothing from the Vietnam era is more effective than the modern digital pattern gear. There are dozens of American military patterns, and hundreds when you include the armed forces of other nations. A few will work in hunting situations, but none are as good as the professional camouflage patterns created uniquely for the outdoor world.

Military woodland, desert, and winter-style camouflage are specially designed for that specific type of warfare and can be adapted to civilian use in hunting situations.

Hunting camouflage gear is available in a wide variety of styles, produced by dozens of manufacturers and in dozens of fabrics.

The variability of civilian hunting clothing, market-driven by style and consumer demand far outweighs the options available for someone who just wants to buy military camouflage and use it in the field.

Hunting camo is often specific to a type of hunting.

Waterfowl hunters prefer cattail or grass patterns that blend in with the foliage growing along the banks of rivers, ponds, and lakes. The ability to sit in a stalk of cattails, and maintain invisibility if you remain motionless is a big advantage in getting skittish ducks and geese to come in over decoys.

Archery hunters are perhaps the most demanding when it comes to camouflage in the field. An archer doesn’t have the range a rifle hunter does. Deer, elk, turkeys, or pronghorn have to come within a few dozen yards for a good shot. Blending in completely with the surrounding environment, or melding with a camouflage blind are the best ways to get a good, clear shot with an arrow at a big game animal or turkey.

Archers often paint their hands and faces in the same pattern as their camo hunting clothes to create a complete camouflage package.

Big game hunters have a double challenge. They need to reduce their visibility to avoid spooking their prey, but they must also follow the blaze orange requirement to protect them from accidentally being fired on by other hunters.

The result is something that might seem a little ridiculous, a blaze orange camouflage pattern. Orange camo isn’t legal in all states, but it is effective in both identifying the wearer to other hunters while reducing visibility to deer, elk, moose, and other big game. Large game animals have limited color vision, and some species are entirely color blind.

Often the best hunting camo clothing for big game is wearing a leaf or grass pattern with a fluorescent orange knit or traditional cap.

Another popular camo pattern that came to us from Finland when the Finnish Army held the massive Soviet Army at bay during World War II is snow camo.

Rather than the solid white uniform, the Fins wore in 1940, modern snow camo is broken up with gray patterns and shapes against the overall white backdrop.

Snow camo is popular among coyote and other varmint hunters during the winter months. It is especially effective in settings with broken patches of willows, bare winter trees, or expanses of sagebrush-covered by snow.

Why is Hunting Camo Different From Military Camo?

The camo is different because it has a different purpose. Hunting camo is more than the simple pattern printed on the outside. It also comes in various levels of protection, from lightweight clothing for summer or desert use to insulated versions that keep a hunter warm in below zero temperatures.

Hunting camo comes with more compartments, zippered pockets, and inside pockets than military versions. The camo can be used to hold ammunition, GPS devices, food, survival gear, and optics.

Camo has come a long way since it was first used for military purposes well over a century ago. Hunting camo has evolved from the simple red and white, green and white, or black and white plaid patterns of the 1950s to the sophisticated designs available for today’s hunter.

The camo you select should reflect the area your hunting, and the type of hunting you’re about to try.