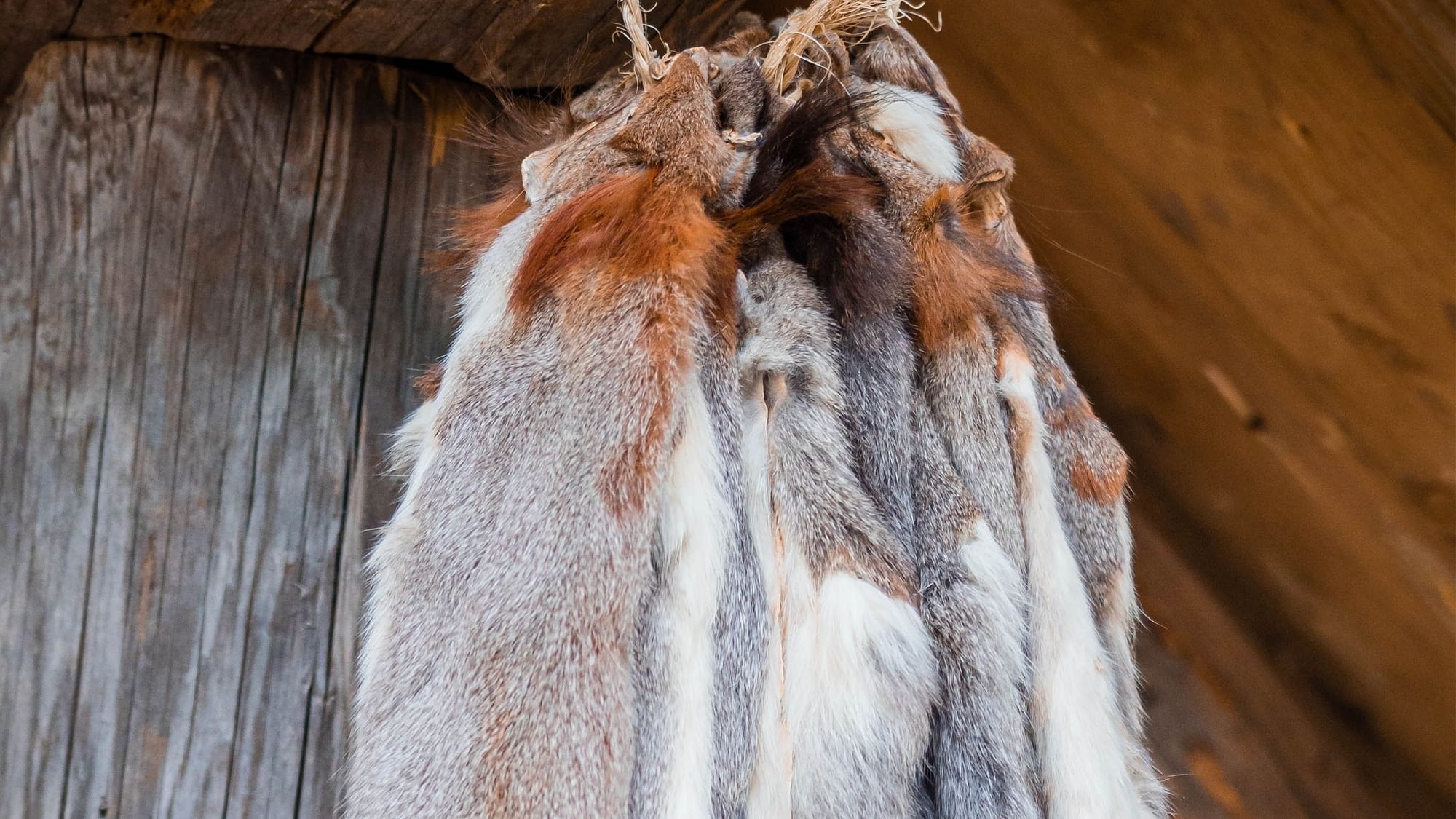 Small game hunting can be considered by many to be the natural gateway into all of hunting. This is where you learn the basic skills needed that help you further down the line in your hunting career when going after larger game.

Many hunters start with small game, and most continue pursuit of small game, if not just for a reason to be in the woods.

Caring for small game meat is as essential as caring for big game, and a lot of the fundamentals remain the same across the board. So we are going to show you the best method to skin and butcher one of the most popular small game animals, the squirrel.

More than one way to skin a Squirrel!

The old adage says that there is more than one way to skin a cat, and the same holds true with the squirrel. There are two fairly popular methods involved, and a third requires a lot more work and is only reserved for those wishing to preserve the entire pelt.

For our purposes, we will only go over the two that get the most field use. One of the methods is called the “Tail-step” method, and the other is the “Shirt/Pants” method.

With all skinning and care of game meat, you must have a VERY sharp knife on hand. This will make everything easier on you and the meat!

We are going to start with the “Shirt/Pants” method. Not only is this pretty easy to grasp as a concept it will translate better into skinning larger game when the time comes for that. This method also works well with other small game, such as rabbits.

To start, you simply put the squirrel on its back and spread its feet out of your way as best as you can. If it is a fresh kill, this may prove to be a little effort, but if rigor mortise has set in, it will be a little easier to get cooperation.

Take your sharp knife and create a small hole around the belly section. You want to penetrate the fur and not expose the internal organs outside of the flesh holding them in place. So be careful not to poke too deep with the knife. You are literally just focusing on the skin itself.

Once you have this hole, use the knife to open it just enough for you to fit your fingers inside just under the skin. From there, you literally treat the animal as if it is wearing a shirt and a pair of pants.

You can either cut the fur all the way around the waist at this point or treat it like a pair of coveralls. I like to leave the skin intact, but there is no wrong way as long as you can remove the skin.

Start pulling the skin off the body up to its head and down to its feet. Once you reach the head and feet, it is as simple as removing the feet and the head. With that, the hide is now separated from the body and you can begin to process the meat into cook-able portions.

The Tail-Stand method is even easier, but it takes a little practice to nail just right. So don’t be shocked if you have trouble the first few times. Once you learn this method and get it down right, you will have a hard time considering any other way.

Take your sharp knife, and just at the base of the tail, make a cut towards the tail. Once you get that hole started, grab the tail and give it a good twist. You are trying to break the tail without breaking the skin, so be mindful not to apply too much force/pressure.

Once you have the tail broken, take your knife and sweep along the inside of the back legs. You are trying to create a little square-shaped patch of fur from the initial cut and these two additional cuts along the back end. This is key.

Once you have the square-shaped flap, you take your boot and with your hell, step on the flap you have created. So now the flap and the tail are firmly under the heel of your boot, grab the back legs and pull the squirrel up. This should result in the skin peeling right off, and now the top is completely skinned.

The bottom half will have another new flap near the midsection of the animal. Simply grab that flap and with your hands pull the bottom half of the hide off, similar to how you did with the previous method mentioned above. Remove the feet and the head and you have a cleaned squirrel.

Once the fur is off, you are going to want to remove the internal organs. Cut along the belly and give yourself as much room as you need.

Take your finger and strip out all the organs. I like to have a hose or a sink handy to flush out the empty body to get free of any blood or additional tissue/organs. It’s not much different than gutting a fish, so if you have experience with that, this should be a breeze.

Once the guts have been removed, you have a couple of options. You can leave the animal intact as it is, which is great for roasting in a crock-pot or for cooking over an open fire. So from there, you can just put the animal in a freezer bag and toss it in the freezer or the fridge.

The other option is to take some shears and cut the squirrel in half along its back and front. Then cut across its midsection to quarter out the animal. This will look a lot more like a small bird or game hen and is easier for frying to get an even cook on all the meat portions.

No matter your approach, if you follow these tips, you will end up with a nice bountiful feast of squirrels, freshly skinned, cleaned, and processed.