When hunters discuss attracting deer, images of big bucks bursting through the thick vegetation in response to a caller instantly come to mind.

Yet we rarely discuss what’s needed to attract does into the area, whether it be for hunting or long-term establishment and it’s not as easy as one would presume.

The best form of attraction for any animal regardless of if it’s a doe, buck, bear, or elk, is to offer them what they need and want.

During certain times of the year, male animals will be searching for females to breed with or in winter months a good food source will be the greatest attractant.

When learning how to attract does, the same principle needs to be applied. Offer the doe what they need or want at that specific time of year.

What are the needs of the doe in your area and how can you supplement what they are missing?

If the basics such as food and water are already covered then one could consider other forms of attractants. 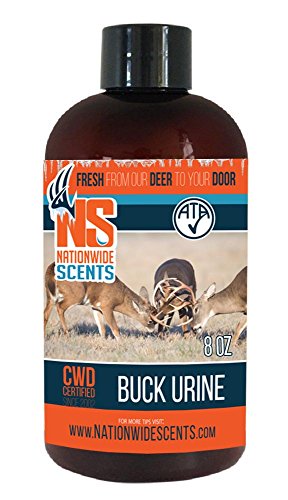 Deer are for the most part herd animals, especially the females and they find safety in numbers.

Although it may be two, three, or even six other does in a group, having more eyes and ears allows the other deer to remain relaxed and calm.

Does rely heavily on their sense of smell to determine not only their surroundings but also to inform them of other deer in the area.

Scent to a doe is like a newspaper to us humans, it provides her with specific information, such as sex, age, and relation of the deer that laid the scent.

If a doe picks up on the scent of other deer in the area, it may be inclined to hang around in the hopes of joining the herd and benefiting from group safety.

Now it’s common knowledge amongst hunters that bucks will react well to doe scents and during certain times of the year when does are in estrus, luring a mature buck in using similar scents is almost too easy, but it can work equally well in attracting more does into the area.

Well-placed scents along trails or near sources or water will have the greatest chances of being picked up by other does.

The same method can be used with deer dung as it carries just as much scent as urine. Dung can easily be collected from deer breeding farms or by heading out into areas that have good deer populations.

Similarly, the way a buck is brought in with the use of a doe scent, one can bring a doe in with the scent of a buck. When a doe comes into estrus, its body is telling it to breed and that urge needs to be filled.

Spraying buck urine or a commercially developed buck scent through the woods during the time of the year when does begin cycling may entice a few does in.

It may be a surprise to some but does can be just as vocal as the bucks. The only difference is that as hunters we tend to focus on the bucks more and their calls are louder than the females.

Soft bleats and gentle grunts amongst does and fawns happen a lot more than we would like to admit.

These subtle forms of communication are a means to reassure the rest of the herd that all the family members are close by, that possibly the coast is clear when coming out of the woods, or from a doe letting the fawn know where it is once it awakens and emerges from the thick undergrowth.

These faint sounds can be emulated with specific commercial callers or even using your mouth by making a simple nasal call of “meeeeh”.

The gentle calls may be enough to entice a doe into an area, with the belief that there is other females present or possibly a fawn. 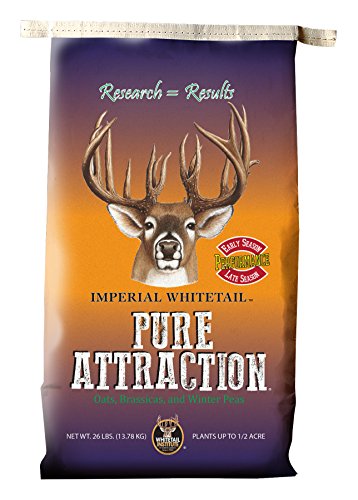 Providing the necessities such as feed and water may be enough to attract does into your area, this is especially effective in drier areas. Without predator pressure, an animal will rarely move far from its food and water source.

Now the active feeding of deer is prohibited in some states, so you will need to check local regulations before creating feeding areas to attract does.

A well planted and planned out food plot, surrounded by thick wooded vegetation, that can produce feed through the winter months will certainly bring does into an area.

Planting a Brassica blend such as Deer Radish and Sugar Beets will be a good option for the winter months.

Placement of a supplementary feeder that distributes corn or other game pellets is another option, especially for those landowners that do not have the machinery and space for a food plot, or perhaps the area is too dry and the soil unsuitable.

For those landowners that are thinking long term and would like to attract does in over a longer period then the establishment of acorn trees will be advantageous to you.

Acorns are a great source of natural protein for deer and other wildlife. Having a good food source and additional wildlife to keep an eye out for, will certainly bring does in.

In my opinion, providing adequate forms of safety would be the biggest factor in drawing in does to an area.

Does require safety not only for themselves but for the fawns too. Thick vegetation with tall stands of grass on the outer edges is the ideal setup for a does to leave her fawn while she feeds.

Reducing predators would be another form of safety. It has been proven under numerous situations that extensive predator pressure and the associated stress will reduce the chances of does coming into estrus and ultimately giving birth to offspring.

Then there is of course the obvious factor of predators reducing deer numbers through catching and killing.

A reduction in hunting pressure and human movement can also be used as a means of bringing does in.

Constant noise and interference whether it be vehicle traffic, dogs, use of heavy machinery, or anything that may cause the does to become unsettled should be prevented as much as possible.

How to attract does is more about finding the right combinations that will create the ideal environment for them as opposed to just doing one specific thing and expecting a whole herd of them to come charging.

Does form the foundation for future big bucks and if their needs are not taken care of then they will move until they find a space that will.