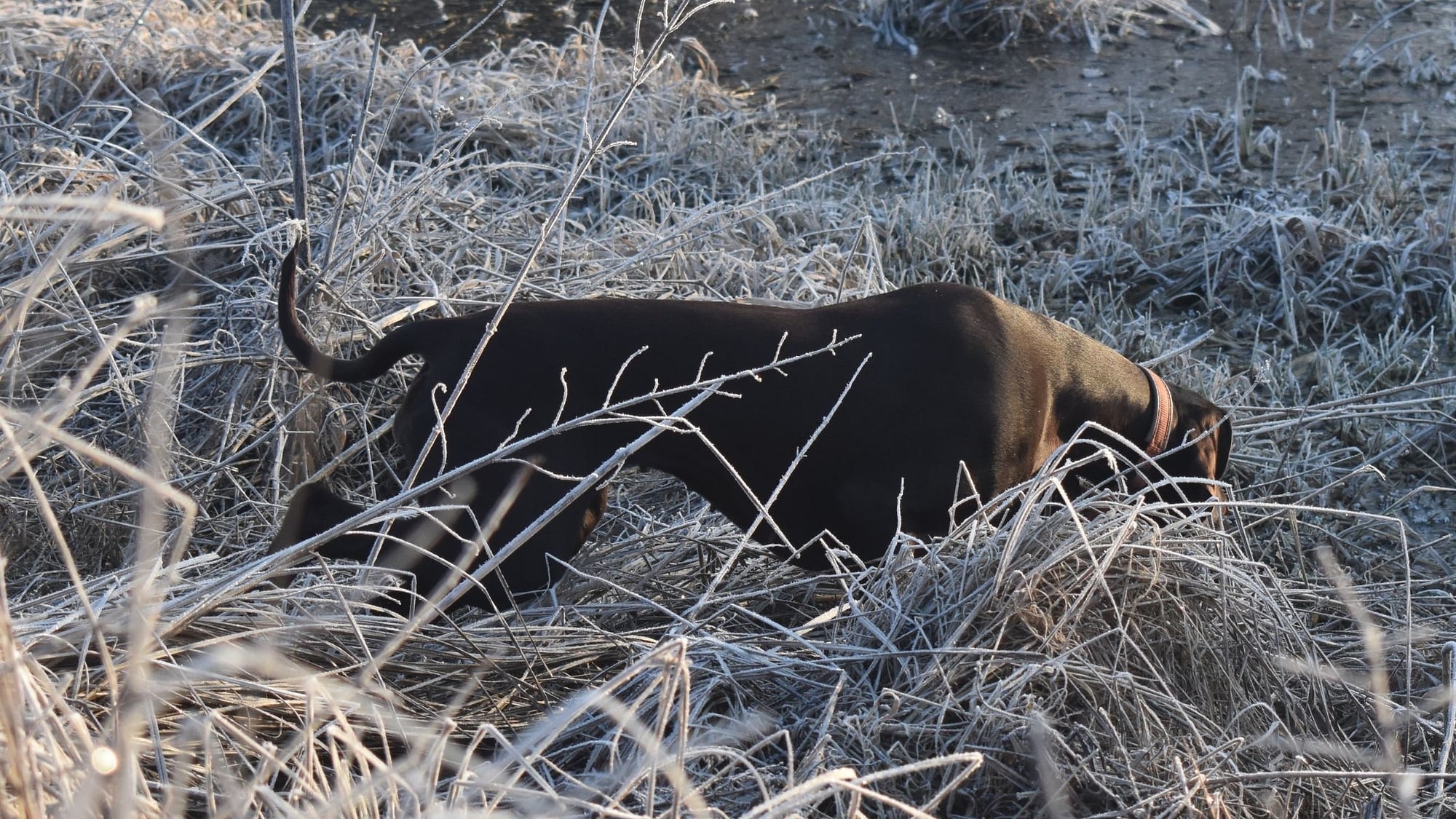 Are you planning on training your dog to hunt? Then flagging should probably be at the top of your list. We have been working on flagging with our dogs, so we can all better understand what their tail movements mean when out in the field.

The term flagging is used to describe a dog’s tail movements when they wag their back end from side to side. Flagging is common in hunting dogs and females when they are in season.

What Causes Flagging In a Bird Dog

The root cause of flagging in a bird dog is the presence of birds nearby. A well-trained and highly focused hunting dog will lock up and freeze with remarkable rigidness when they detect the bird’s scent. Ideally, only the dog’s eyes will indicate which direction the game is, while the rest of their body is still.

A flagging dog doesn’t have quite the same focus or enough training to completely freeze and wait for direction. When dogs exhibit flagging, they are anticipating future contact with the bird.

Disciplined bird dogs should stop and honor the bird scent without moving any part of their body, including the tail. While it can be tempting to let flagging slide, especially if the bird dog still does a good job of retrieving otherwise, it’s always best to correct this behavior.

Many handlers know all too well that early flagging behavior can lead to other issues down the line, from blinked retrieves to ripped birds, and stealing points, all of which can impact overall productivity.

Handlers who can figure out the mental reasoning behind their dog’s flagging may have better luck correcting this behavior and keeping training on track.

When you want a determined point in a dog that’s as still as a statue, but instead you notice poor posture like flagging, it’s a sign they are distracted, overly excited, or mentally struggling in the situation. The reasons for flagging often fall into two key categories:

How to Stop a Dog From Flagging

Flagging can cause problems especially when hunting in groups with multiple dogs. If one bird dog is flagging, it’s almost like they are calling dibs on the game. That’s why it’s important to stick to strict training to teach the dog that they won’t get the bird reward until they stop moving their tail.

Here are a few tried and tested ways to stop a dog from flagging.

Keeping these recommendations in mind, here are a few steps to follow to tie it all together and train a bird dog not to flag in the field.

A dog that grows up getting rewards after flagging will have a hard time dropping the habit. As soon as we noticed flagging in our dogs, we knew we had to work on the behavior before it was too late.

These are a few more helpful reminders and suggestions on training a well-rounded hunting dog that stays in position without flagging or other unwelcome behaviors.

Flagging pops up from time to time when training bird dogs, especially when first starting with a youngster who needs to develop more in the field.

One of the important things to remember is that not all bird dogs are created equal. Some dogs have a better disposition for hunting than others.

A dog with an innate discipline and fast learning skills tends to pick up on the handler’s instructions more effectively than an energetic puppy who goes off course with all the distractions in the field. With time, patience, and commitment, it’s possible to train stubborn bird dogs to stop flagging and freeze properly when they smell a bird.