One tradition with my family and friends is fishing with frogs in the heat of the summer. In the spring, we fish for largemouth bass with plastic worms and kill it.

However, around May, when the frog hatch ramps up, the worms stop working as well. This is also when the lily pads take over. That is when we switch to frogs.

Often we go out just before dark, catch a bunch of smaller bullfrogs, and spend the night in the boat catching monster bass.

There are tons of advantages to fishing with frogs, but only if you know how. In this article, we will cover why you want to try frog fishing and how to use frogs to catch lots of huge bass.

Most people fishing with frogs will go after largemouth bass, although I have occasionally heard of people using frogs for catfish.

Bass are aggressive predators, and they often target their prey based on movement. They will typically go after anything moving on top of the water or across mats, moss, or weeds.

Lots of anglers think that you can only fish with frogs in bodies of water with frogs present. That is not accurate at all. Bass commonly mistake one food source for another and still bite.

When they see movement, they don’t know if it is a snake, a small fish, or even a small mammal. They just don’t care. In addition, both live and artificial frogs use a weedless hook. You can use frogs to fish in areas where anything else would snag.

When and Where to Fish with Frogs

There are lots of variables that affect when a certain bait will be effective. Wind, rain, cloud cover, temperature, and barometric pressure all play a role. You can see success fishing with frogs all year, but normally summer is your season.

We had property with a great pond stocked with bass a few years back. It also had a healthy bullfrog population. We would start to hear the frogs sing at night in May, and that would usually last through August.

Often bass will move to debris when it is hot, so summer days that are clear and dry are ideal for fishing with frogs. The direct sunlight on clear days will drive the fish into the shade along with the warmer water.

As with most fish, dawn and dusk are good times to fish. You can also have success with night fishing.

As for where to fish with frogs, you are not as limited as you might think. Many anglers think you need heavy vegetation to fish effectively with frogs. This is absolutely not the case. You can have success in just about any type of water.

Grasses, lily pads, or moss can be helpful but are not necessary. Pollen lines are a good spot to try. While they are not areas thick with vegetation, they can be better than thicker waters.

When the wind blows pollen onto the surface of the water, it builds up and creates a kind of cover of its own. It provides shade for the bass and makes them feel safe while hunting. They will sit just under that pollen and strike when anything moves above them.

You can fish just about any water with frogs as they are not prone to snagging like other baits. As long as you are casting near the edge of the water, you should have success. Frogs always hang out around the shore, so that shallow water is where you want to cast.

How to Fish with Frogs

Fishing frogs is a unique type of fishing and takes some practice. Many anglers try fishing with frogs and give up after a trip or two with no success. You must get the movement just right for frogs to be effective.

With live frogs, you must first rig it correctly. You want the frog to be able to move freely, so hook it in the jaw or one of the back legs. This will also keep it alive as long as possible. 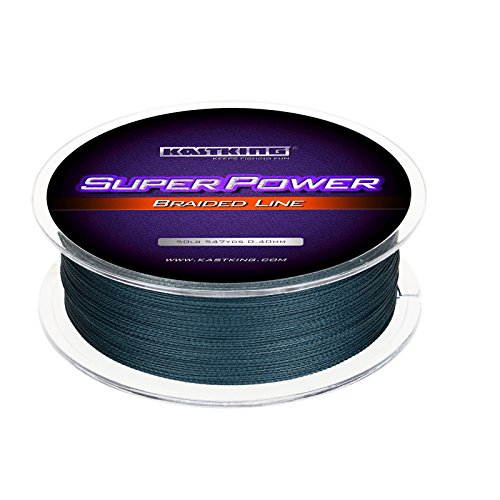 One point that almost all anglers agree on is braided line for fishing with frogs. Monofilament line will break and stretch.

With the debris you will face, you need the stronger braided line to pull your frog through. If you get a fish on, you want to be able to power it out of the muck.

It is also highly abrasion-resistant, so it will last longer despite the debris. Most people agree that a 65-pound braided line is the way to go for fishing with frogs. As for gear, you want a heavy rod that is a bit longer. 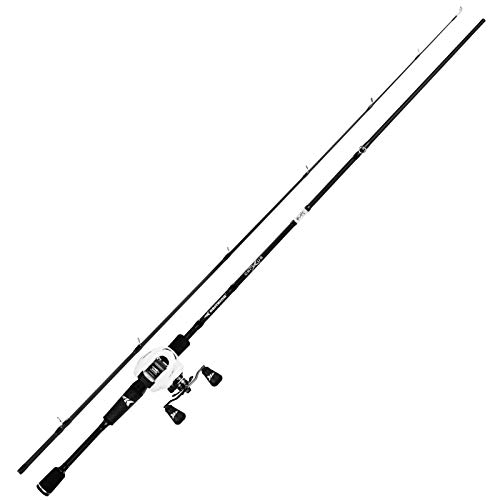 Normally a medium to heavy seven-foot rod is about right to handle frog fishing. Pair that with a baitcaster reel, and you are good to go.

Often bass will strike as soon as they see movement. Then let the frog move naturally on its own. This movement is more effective than any movement you can simulate with your rod. If it is not moving where or how you want, start controlling the movement.

When retrieving your frog, you need to walk it across debris so it moves like a live frog would. You also need to swim the frog when in clear water. This requires you to keep your rod tip down with short strokes. You just want the frog to move about four or five inches on each stroke.

This movement is considered walking the frog on a slackline, which mimics an injured frog that could not speed swim across the water. Take your time and keep the frog in the same general area as long as possible. It will maximize your opportunity on each cast.

Do not spend a ton of time on a single spot if you aren’t getting any action. This is my philosophy for most bass fishing but cast a couple of times in a spot and then move down a bit. As for setting the hook, try to be patient.

Over the years, I have learned that jerking your rod when you get a big strike is not the way to go. Once you feel a strike, give the fish about three seconds and watch for your line to move. Then give it a firm pull up, avoiding a jerking motion. It will set the hook better and allow you to reel in your fish.

Catching Frogs and Keeping Them Alive 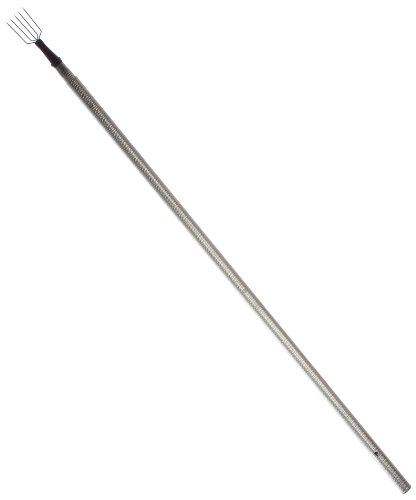 Unfortunately, you cannot easily find a bait shop that sells frogs. My friends and I would typically go out just before dark to collect our bait. I usually either gig the frogs or catch them with a net.

A gig is a long pole with three barbs on the end. Gigging will injure the frog, but often they will keep moving for several hours after being gigged.

Catching them with a net will keep them in better shape so you can use them longer. I like to use a silicone crappie net with a ten-foot handle. We would head out in the johnboat or canoe and coast along the shore. 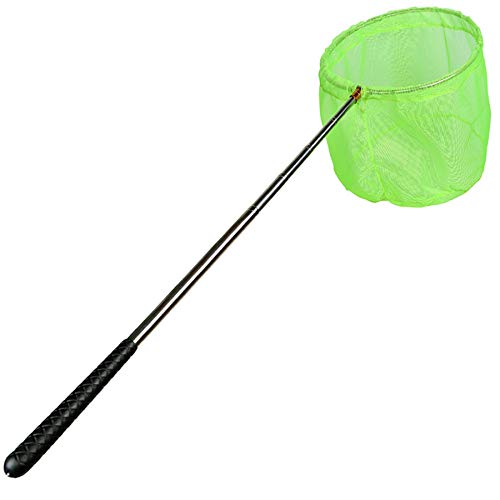 One person would control the boat with a paddle, and the other person would have a flashlight or headlamp and the net. When you shine a light directly at a frog, it typically will freeze in place. This allows you to net it or gig it without it jumping away.

As is with most fish and amphibians, frogs do not like to be handled. They have mucus on their skin to protect them, and handling them will disrupt that. Also, frogs readily absorb chemicals and impurities.

Keep your frogs in lukewarm water or put them in a cage and drop it just off of the shore with a line attached. If you intend to use your frogs over several days, they prefer live food such as crickets. They also will eat earthworms and a variety of other insects.

Never chill frogs on ice or in the refrigerator. They cannot survive the cold. Your frogs will need to be alive to get the movement you want for bass. Always hook your frog in the jaw or leg to keep it kicking.

As mentioned above, avoid long arching casts, so the frog doesn’t hit the water so hard. If you have frogs die, don’t throw them out. You might have luck weighing them down and using them for catfish bait. 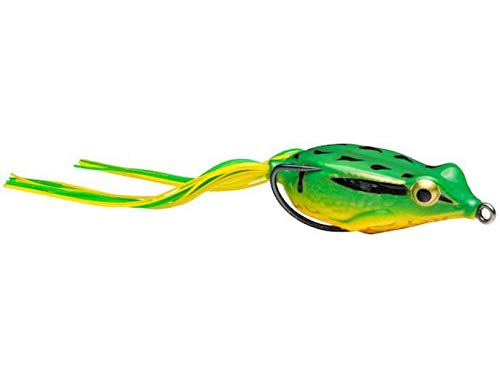 Many anglers these days choose to go with artificial rubber frogs. The movement is not as natural as a live frog but can still be effective. The best advice I can give for artificial frogs is to modify the bait to fit your needs.

Often these baits have the hook in the wrong place, or they use the wrong type of hook. Ideally, you want the hook toward the back of the frog so that a chasing bass will get hooked even if it doesn’t swallow the whole thing.

Don’t be afraid to trim the trailing rubber strands or add more. Also, pay attention to the color. Normally a black frog does best during the heat of the summer.

If you plan to do some night fishing, crack open a glow stick and drip the liquid on the lure. This works well for live frogs too. Add some colored dots on the belly and sides every quarter inch varying white, black, yellow, and green.

As you can see, fishing with frogs is a skill that must be developed. However, with a little practice, you can quickly be taking advantage of hot summer days and brushy, murky water that would otherwise get ignored. If nothing else, it adds another fun element to your fishing trip.

Have the kids help catch frogs before you start casting. Often, I find that catching the frogs is as fun as catching the fish. Once you get used to the process, fishing with frogs will likely be the most fun you have with a rod and reel.