Euro nymphing is possibly the fastest-growing form of fly fishing in the industry. From the tons of specialty flies tied just for Euro nymphing, to the rods, leaders, reels, and tippet, there’s arguably more to successfully Euro nymphing than traditional fly fishing.

So, that understandably makes getting started with Euro nymphing a tall order. Fly fishing is overwhelming enough as it is. Adding the complexity of Euro nymphing to it takes things to an entirely different level. However, the good news is that although Euro nymphing has a steep learning curve, once you’ve mastered the basics, it’s fairly easy to progress and become adept at it in no time. You might not end up as the next Lance Egan in just a few months, but you’ll definitely be out there catching enough trout to keep yourself occupied.

What is Euro Nymphing?

First off, let’s make sure that we’re working with the same definition of Euro nymphing. This is a style of fishing that involves casting only nymphs on long leaders. Leader lengths vary from 14-20 or more feet, and instead of using a traditional bobber-style indicator, Euro nymph rigs employ a colored section of monofilament line to let anglers know when fish eat the flies. Euro rods are long – around 10 feet to a hair over 11 feet, in most cases – and light, with the most popular weights coming in at 2, 3, and 4.

It’s very similar to cane-pole fishing or tenkara in the sense that you’re high-sticking and drifting a few flies through the best-looking water, and not really relying on your reel or traditional casting. That’s not to take away from the technical aspect of Euro nymphing, because it does demand a certain level of skill. That skill just happens to be different than what we’re used to with traditional fly fishing.

This is a question I hear a lot, especially when I’m out guiding clients who’ve heard of Euro nymphing, but never tried it. Why would you bother using a completely separate rod, reel, and rig just for nymphing? Isn’t the usual indicator rig effective enough?

Fishing nymphs below an indicator is effective, don’t get me wrong. But Euro nymphing capitalizes on the fact that the majority of a trout’s diet comes below the surface. We know trout eat more nymphs than anything else, which is why nymphing is such an effective fishing method in the first place.

Euro nymphing just refines the nymphing game. By getting rid of the indicator, increasing leader length, and using a longer, softer rod, anglers are better able to feel and see the subtle takes that you miss with a bobber on the line.

So, really just think of it as a refined, more accurate version of nymphing. 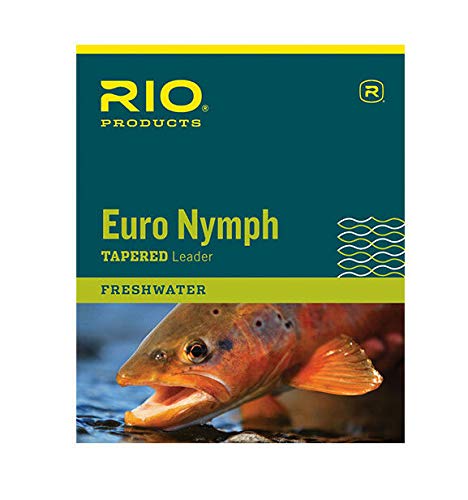 What intimidates a lot of folks when starting out with Euro nymphing is the leader setup, and for good reason. A Euro leader is a stark difference than almost every other leader setup most of us are familiar with. But when you boil it down to what the Euro leader is trying to achieve, it’s actually quite simple.

The idea is that by using a long monofilament or fluorocarbon leader, anglers are able to better feel and see when a fish takes their nymphs. When fish take a nymph on a traditional indicator rig, their take needs to be sufficient enough to move the indicator – or the water has to be clear enough that you see the fish flash.

But a Euro leader is thinner in diameter, and weighs less, so it requires less of an emphatic take by the trout to signal to the angler that a fish is on.

However, since you’re not using fly line to cast your flies, you still need a leader that’s heavy enough to get your flies where they need to be. That’s why Euro leaders are usually built with 30-pound butt sections, that taper down to the 0x sighter indicator.

The sighter indicator is usually green and red, but you can find tons of other colors, too. I like a 12-16 inch section on my Euro rigs. The distance between your sighter and where you tie your leader on to your fly line should usually be in the 12-14-foot range. This gives you plenty of heavy leader to turn over nymphs, but it’s not so heavy that you don’t get the increased sensitivity that a Euro rigs provides.

Once you’ve reached your sighter, I drop another 16-24 inches of 1x tippet down to a tippet ring. From here, I’ll tie on two tags of 3 or 4x fluorocarbon. The length of these tags depends entirely on the depth of the water I’m fishing. On the longest tag, I’ll tie my heaviest – or my point – fly. On the shorter tag, I’ll tie a lighter fly, sometimes even an unweighted soft hackle, that rides higher in the water column. 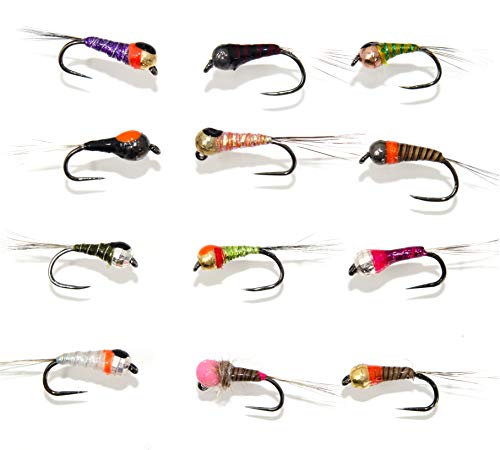 This is where most folks get excited with Euro nymphing. The flies are designed to be streamlined, heavy little things that plummet quickly to your desired depth, but are also durable enough to handle going through a few fish. Flies like the Frenchie, the Iron Lotus, and the Perdigon are all flies that were designed specifically for Euro nymphing.

You can use these flies for any other nymph applications, too. I frequently have them tied below a dry fly while fishing a dry-dropper-dropper rig (my preferred way to fish the small streams here in the Rockies).

One thing I’ve learned about Euro nymphing is to not be afraid to change your flies on a frequent basis. You’re getting flies down to the fish, and the fish should be eating them if the flies are a close match to what’s down in the water. If you’re not getting fish, you’re either not deep enough, or need to switch flies. I tend to switch flies far more often when using a Euro rig, than when fishing with traditional gear. 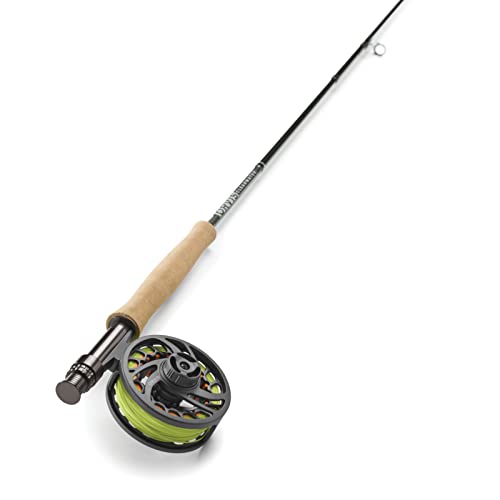 I’m an unabashed gear junkie, and I love the heck out of my fly rods. I have a few different Euro rods, including an 11’ 3wt that’s landed me a surprising amount of fish over the years. 11 feet might be a bit much for some of you just starting out, especially if your local waters are smaller and brushier. If that’s the case, I’d recommend a 10’ or 10’6” rod. Most companies that make Euro rods have them available in various lengths and weights, so you’ll be able to find something that fits the size of your local streams.

As for the line weight – honestly, unless you plan on using your Euro rod for casting dry flies every now and then, the line weight doesn’t matter all that much. I’ve been surprised at the strength the 3wt Euro rods have to help land larger fish. I’d recommend sticking with a 3 or 4wt rod.

You do want a lighter weight rod for the feel you get, especially in the tip section. I’ve seen some Euro rods built in the 5wt range, and I think that’s just a bit on the heavy side unless you plan on reeling in 20-inch or bigger trout on a regular basis. 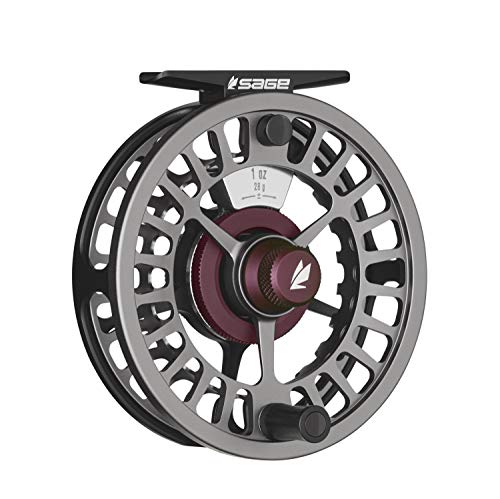 In most instances in fly fishing, your reel is little more than a glorified line holder. In Euro nymphing, this is especially true. You will almost never cast your fly line on a Euro rod, but you will need line on the reel for when a trout makes an emphatic run. This is why companies have started selling level, thin-diameter fly lines for Euro reels. It’s just strong and supple enough to slide through the guides of a fly rod with ease, but not so bulky that it adds undue weight to your rig. One of the key things, as you’ll see the more you explore Euro nymphing, is to keep your rig as light as possible. Since you’re high-sticking all day, essentially, your arms tire out quickly if your gear is too heavy.

You want to pick a reel that balances your rod well. Thankfully, most companies building Euro rods have opted for downlocking reel seats, which provides better balance, especially on longer fly rods. The reel, though, needs to balance the whole affair so that you can hold the rod level on one finger right at the fore of the cork grip. Light, compact disc-drag reels are the favorite choice for a lot of Euro nymphing enthusiasts, but I get away with using click-and-pawl reels. Most trout don’t required the stopping power of a disc drag reel.

Euro nymphing is an interesting way to catch fish, but it’s one of the more entertaining ways, too. While you don’t have the technical aspect of a fly cast to master, you do need to be able to get a perfect drag-free drift, and to sense the slightest of takes in various types of water. It’s a more active style of fishing in many ways, but it’s definitely rewarding.