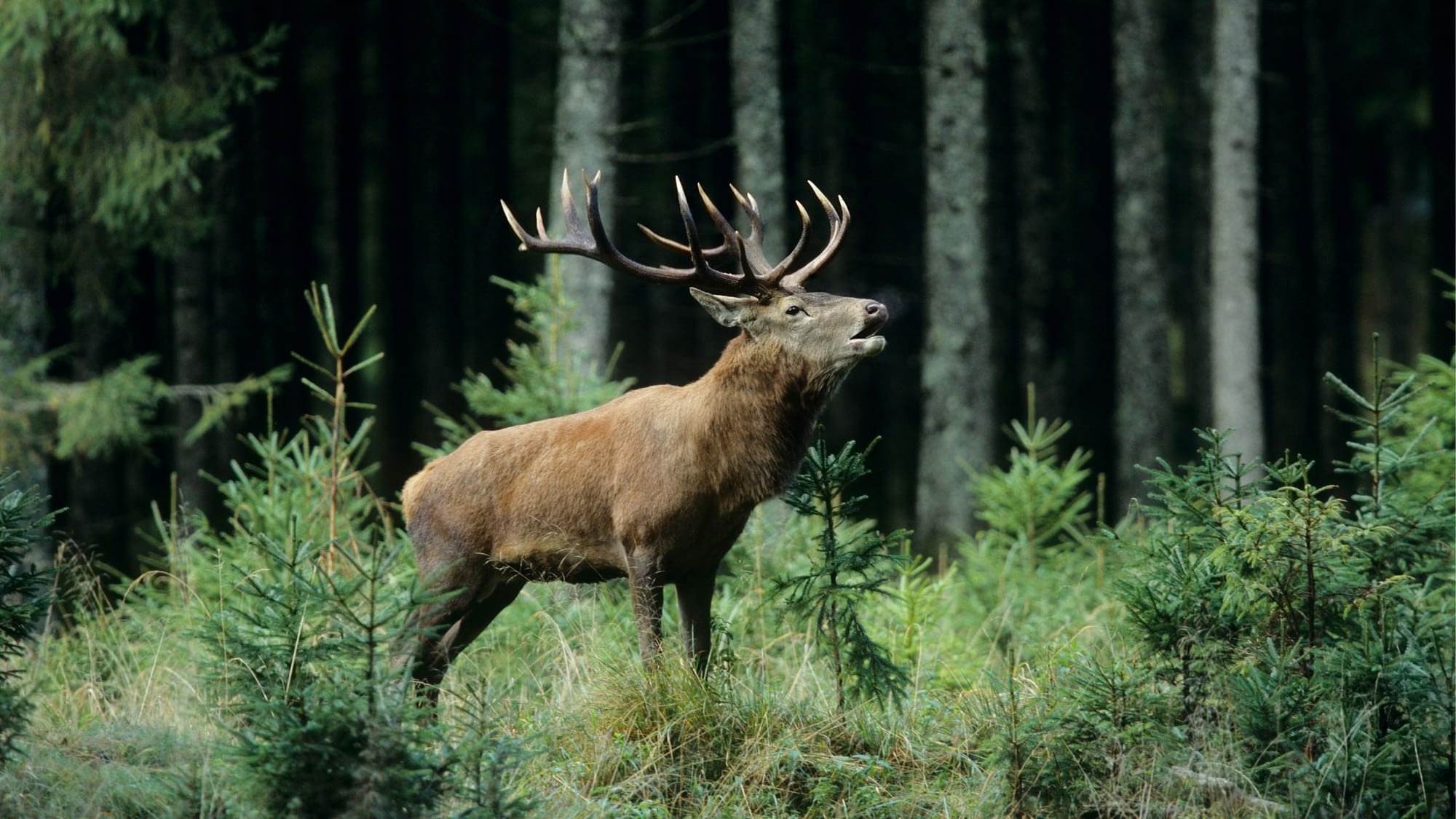 One of the most sought-after big game animals in North America has to be a Rocky Mountain elk. For game this size, they are surprisingly elusive and difficult to hunt, making them very difficult for new hunters.

However, we have found that elk tend to keep to the same set of patterns, which explains why over eighty percent of elk harvested is by a tiny fraction of hunters.

It is not unusual to end an elk season with an un-notched tag. So, below we’re going to help you learn these patterns that will ultimately lead to more success in the field.

Most states that allow elk hunting also have an archery season. The archery season for elk often begins before the elk have started to enter their rut pattern. This is especially true during late summer and early fall. Cow elk will start to move lower in altitude long before the big, mature bulls will start to head down.

If you hope to get a bow shot on a bull elk, you will need to hunt in the higher elevations. This can be difficult and time-consuming. However, when done properly and with great effort, then you can accomplish your goal.

Elk enter into peak rut by late September and into early October. When elk are rutting, big bulls will be gathering cows (females) into large harems to breed with them.

The males become more aggressive and will often fight against other males. The bulls will also be more active throughout the day as they begin to chase and gather cows while also chasing off other bull elk.

If you want to take a bull elk, look for them in higher elevations, as they are still in their transition and staging area before moving lower into their winter range. This depends on the weather of course, but as temperatures drop and snow begins to accumulate in the higher elevations, this will push the elk lower.

It is a good idea to start calling for elk using bull bugles to get male’s attention. This might bring in a larger, more mature, and very aggressive bull right to you. You can also slip in closer making sounds like a cow elk, which also may send the Bull on a search for another cow to add to his collection.

Usually, just after the rut is when rifle season begins in most western states. This generally adds more pressure to the elk, making them gather in bachelor herds and then moving onto their winter ranges. The largest of the elk will still tend to be found in higher elevations and more rugged terrain.

As the snow continues to fall and the temperatures drop, the elk head down to lower elevations. Often, they will be found in much more open and flatter areas. This area will tend to be butted up against farm and ranch land, so you as a hunter must be aware of where you are at all times.

The elk will most likely be in larger herds and won’t be off on their own. Taking a shot into a large group of elk presents a host of problems and makes the pressure on the animals a lot more intense as they gather closer to roads. So be careful and be sure of your target.

It has happened in the past where a hunter will take a shot at one elk, miss and wound another without knowing that has happened. Or worse, taking a shot and ending up killing more than one animal as a result. It takes some effort to ensure a clean shot is taken on a legal elk, so take the time and try and avoid large groups of other hunters.

Below we’re going to go over a few different tips and tricks to make your elk hunt more enjoyable and comfortable. Check out the information below, and feel free to use any of these on your next trip!

If you want to increase your chances of getting an elk, you must be willing to go further than the average hunter. Sometimes, you will need to hike 4-6 miles off of the trail or road. These trails and roads have been heavily trafficked all spring and summer by scores of people.

The elk knows where the people are, and they tend to do everything in their power to avoid them. If you want to fill out an elk tag, you’ll have to get off the road less traveled.

In order to do this, you will need to invest in a good pair of boots and maybe even some good trekking poles. You are going to be climbing up and down mountains all day and these can help keep your stamina up.

You can cover a lot more ground with optics in a shorter period than you could while walking around and risk bumping into them. This way, you can find what you are looking for, then develop a plan for your stalk, and execute.

Using binoculars and spotting scopes will be your best bet. You’ll have to try out both to see which one you prefer, as well as where you plan on hunting. Using binos in thicker cover is best since spotting scopes have a very high magnification, making them ideal for sitting on ridge tops and looking down into the valley below.

Elk like the cover, so they will tend to be in thicker areas to remain as concealed as possible. This changes a little with the weather. If it’s driving snow or rain, it just may mean that an elk will be up and moving in the open. They will feel more confident and secure with the weather giving them some cover.

If this happens you will need to have water-resistant pants and a jacket. Or you will need to keep a poncho in your backpack. This will keep you sitting out in the woods long enough to hopefully get a bull elk within range.

Some of the largest elk harvested have been taken in the middle or just on the tail end of a snowstorm. Elk know the weather better than we do and will take full advantage when they feel it works in their interest.

On many elk hunts you could be hiking up to, or more than ten miles a day. Packing a granola bar and a 12 oz bottle of water just isn’t going to cut it. You will need a hydration pack or a large water bottle that can fit in your bag. Ensuring you stay hydrated is one of the most important things you can do while spending a large amount of time and effort outdoors.

After hydration you will also need to carry some light, quiet, and high-calorie food with you. You could be burning thousands of calories a day hiking up and down the mountains. Ensuring you have something to keep you fueled up and moving is crucial. Nuts and granola are great as they can be high calorie and give you protein, carbs, and fats.

Hunting with a bow presents a much larger challenge than hunting with a rifle. If you choose to use a bow, you’re metaphorically hunting an elk with one armed tied behind your back. This is because bow shots are typically limited to forty yards, where a larger caliber rifle with a good shot on the trigger could reach up to 300 yards.

If you choose to hunt with a bow, then know that you will have a tough and long season ahead of you. So, if you’re new to elk hunting, it might be best to start with a rifle and then advance to a bow once you have a better understanding of how to hunt these elusive animals.

Hunting elk can be overwhelming and can turn off novice hunters because of the challenges involved. However, when you take a bull elk after putting in all that time and effort, then it makes it that much better.

Remember, the worst thing you can do is become discouraged. Elk are hard to hunt, so put in the work, do the research, and spend every day training yourself. It will pay off in the end when you notch your well-earned elk tag. Good luck and be safe!