Catfish are probably one of the most fun species of fish that I have ever chased.

It involves a fair amount of effort and skill. Sometimes the bite can be slow, but when you finally hook into one, they are often powerful fighters and have some weight to them.

Even the smaller ones tend to fight like a demon, making for a fun day or night of fishing.

Over the years, I have learned what works and does not work as far as baits are concerned. So here are a few examples that I have found that yield the best results that end with a cooler full of fresh catfish.

I have found that this is often overlooked catfish bait. Generally, it’s a good idea to start with the basics, especially because worms are often the most inexpensive baits.

Nitro worms are typically just your run of the mill nightcrawlers that have been given an additive to make them appear to almost glow a bright green color.

I have spent many a night sitting on the banks of a river catching my Channel Catfish limit using just these little guys.

Of course, they often attract other species of fish, which can still be a great benefit. Not only does it add a little excitement to the experience, but sometimes what you catch is extremely useful.

This leads me to my second bait of choice, which often works the best, cut bait.

I like to extend my fishing experience, and to have more fun, I like to catch non-target species while hunting for big cats to use as “cut bait”.

Catfish are scavengers and like to eat parts of dead and rotting fish. So if you go out with a cup full of worms and wind up catching what might be considered a “trash fish” it’s a good idea to keep them and cut them into chunks.

I like to cut the fish right into vertical strips and put my hook through the meatiest section.

The fresh blood hitting the water acts as a natural attractant, and a free-floating chunk of dead fish is almost too hard for even the pickiest of catfish to ignore.

This gives you a little more bang for your buck. Big fish like big meals, and you will find yourself catching some of the larger and more elusive cats using cut bait.

If it’s warm out and the sun is shining, I tend to leave the cut bait out in the sun, so it starts to decompose. The more rotten the fish becomes, the more tantalizing it becomes for the catfish.

They like stinky food, which brings me to my third favorite bait for cats, stink bait. 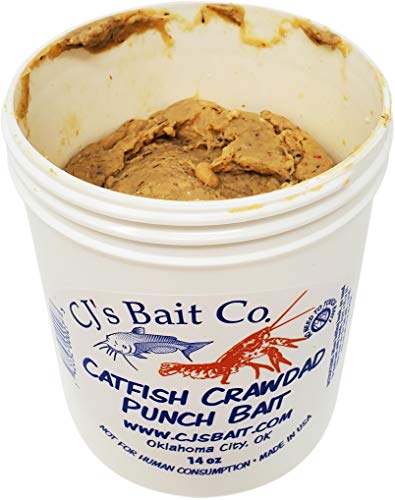 As the name suggests, it’s stinky. You can usually get it in a tub at local bait and tackle shops. Marketed as “Catfish Bait” or “Stink Bait” it is generally the same. I recommend the CJ’s Catfish Punch Bait.

Stinky, rotten gobs of goop that make your hands stink to high heaven, but to a catfish it’s like Chanel No. 5.

I will bring a pair of surgical gloves to help mitigate the stink on myself, but it ends up being a futile effort.

The bait is often hard to keep on a hook, so a trick I like to do helps me keep the bait where it belongs.

Take some pantyhose and cut a small section out. Place the bait inside the section and tie both ends into a knot around a treble hook. This keeps the bait right on the hook in a nice sack that allows the scent to pass through.

To a fish, this looks and smells like rotten meat, and catfish love them some rotten meat.

Now most of us have had this happen before; we buy a big package of chicken and cook a portion of it, only to have the rest go past the expatriation in a zip-lock hiding in the back of the fridge.

Rather than throwing that away, make use of it, so it’s not entirely wasted.

I mentioned that catfish love rotten meat, and that was no joke. Use the rotten chicken, steak, pork, really any meat to your advantage.

If you feel so inclined, treat it like the cut bait and leave it out in the hot sun. It will of course be a lot messier and stinkier to handle; however, the objective is to catch fish.

You can use the same method with the pantyhose or just cut up the chunks into “bit size” morsels to bait on your hook.

It’s great for when you are a little short on cash, but you still want to do some fishing. Plus, it’s an excellent way to re-purpose what would typically just be trash.

This way, you can turn a spoiled meal into fresh fish!

If making your own stink bait seems beyond your level of commitment, there are other baits that work that you have in your own home.

Hot dogs, for one, not only are they nice to have cooked over a fire while fishing, but they also catch catfish. Just break off a bite-size portion from a hot dog and put it on your hook.

Canned dog food has served me well in the past. Just treat it like you would stink bait, and by most accounts, it’s probably nearly the same product. Throw a spoon full in some of the pantyhose rigs, and it works like a charm.

Believe it or not, marshmallows work well for catfish bait. They often look like clusters of eggs that have been deposited on the bottom of the lake or river.

Marshmallows tend to not stay on the hook very well for long periods, but in a pinch, these might land you a catfish when nothing else seems to be working out.

This handy pocket guide can go anywhere you fish so you will always be able to tie any knot you need. 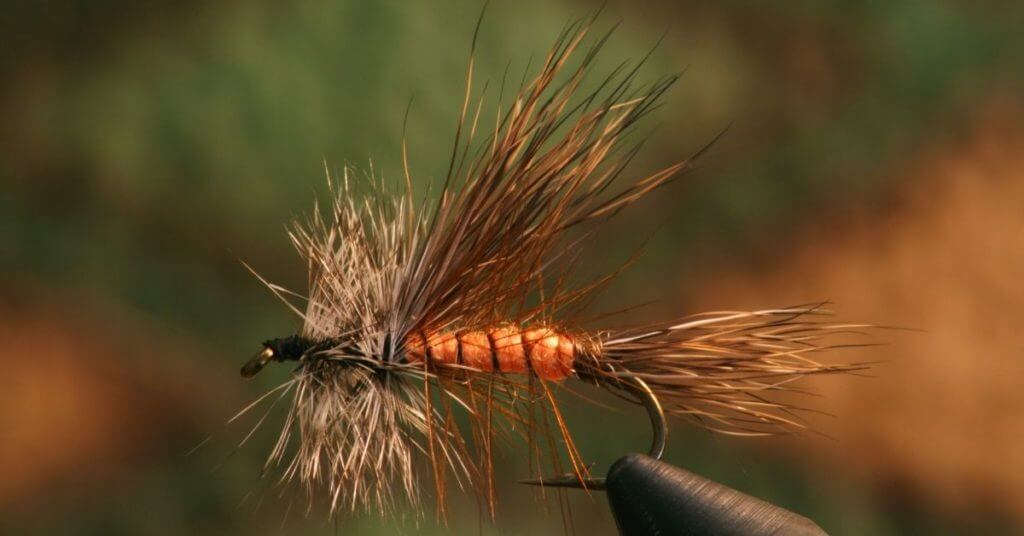 Perhaps one of the most bizarre catfish baits I have ever seen used is soap. Even as I write this, it’s hard to really think that it works, but it does.

Cut off a chunk of soap from a bar and mold it around a hook. I am not exactly sure why it works, but maybe it’s the scent and the fact it may also look like egg clusters.

Soap has been considered a suitable catfish bait for many decades. Besides, maybe you have some handy from all the stink bait you have tried before!

If you happen to be raiding your fridge and you find some old moldy cheese, don’t throw it away just yet! Form it into little balls and use that the next time you are out chasing catfish. The stinkier the cheese, the better the results.

Catfish are probably some of the tastiest and most underrated fish. They are a blast to catch and make a fine meal in spite of their reputation. There is a nearly endless supply of methods to hook into a nice catfish.

I try to bring as many as I can so I can move from bait-to-bait until I start slaying them. Have some fun out there and experiment away!

Randy Tucker has fished and hunted the mountains and prairies of Wyoming since 1971. He owns a small farm/ranch operation near Riverton, Wyoming in the Wind River Valley an area abounding in deer, pronghorn, pheasants, waterfowl with streams lakes and rivers teeming with trout, walleye, crappie and bass.